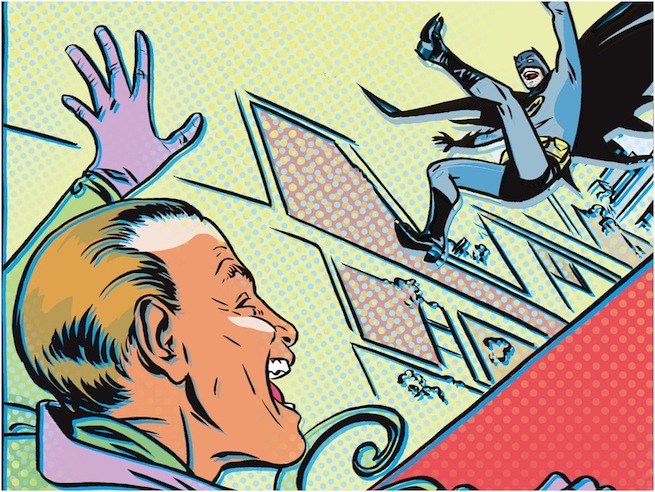 In its first attempt to evolve the medium of comic books on tablets and smartphones, DC Entertainment has unveiled two new digital comic formats that require more than just passively flipping pages to finish a story.

The new comic formats — DC² (pronounced “DC squared”) and DC² Multiverse — are more interactive in their approach to storytelling than traditional comics that were converted from print. Instead of turning pages, you’ll tap the screen to see what happens next or even be given a choice as to what direction you’d like to explore within a story.

“DC²and Multiverse is the next natural progression for DC digital,” DC Entertainment co-publisher and legendary artist Jim Lee said in an interview with VentureBeat earlier this week. “These are new and interactive ways of storytelling that really open up many possibilities for DC super-heroes.”

The first new digital comic book story format, DC² is (from what I was able to gather) a way to advance dialog and action within a single piece of artwork without the need for an artist to draw an entirely new panel. That means you tap the screen to advance the story, which either changes the word balloons or a single portion of the overall art displayed on the screen. (See screenshots below for a sequence.) Each comic “page” is more akin to a Photoshop file where every major element (word balloons, characters, backgrounds, etc.) has its own layer that’s revealed in a sequence to tell a story.

The company is launching the DC² format with the recently announced Batman `66 series, based on the version of the caped crusader portrayed by Adam West in the campy `60s TV show. 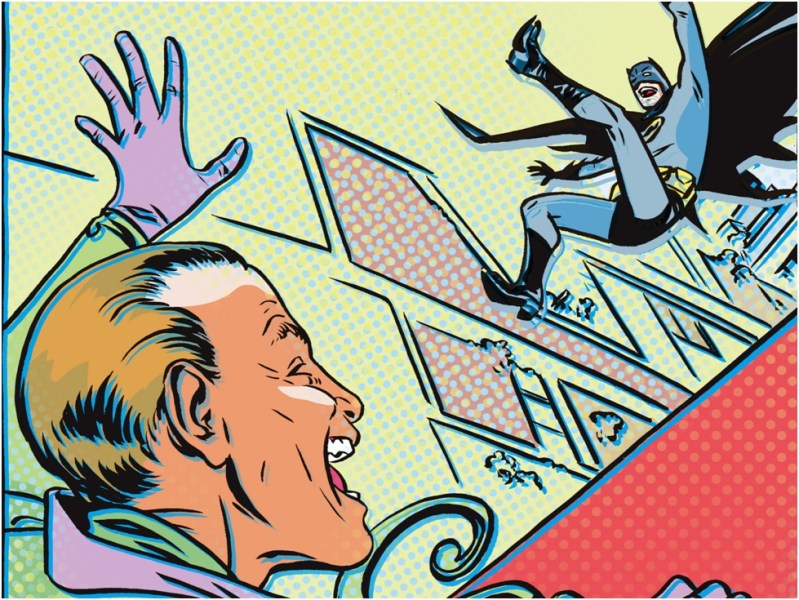 The DC² Multiverse comics use the same basic template to tell a story as the regular DC² books, but there isn’t a set path for how that story unfolds. Multiverse books are sort of like those old “choose your own adventure” novels, where you’d be presented with a set of options to flip to a specific page based on what you wanted to happen next. The comic book equivalent of those novels lets you select different word balloons, which highlights a different portion of art on the page when selected. (See examples below.) Yes, that means you can actually get multiple stories out of a single book, theoretically. However, I personally think this is a rather messy way to tell a complete story set across many consecutive issues, and I wouldn’t be surprised if all the story paths for each Multiverse issue did eventually converge into a single conclusion. 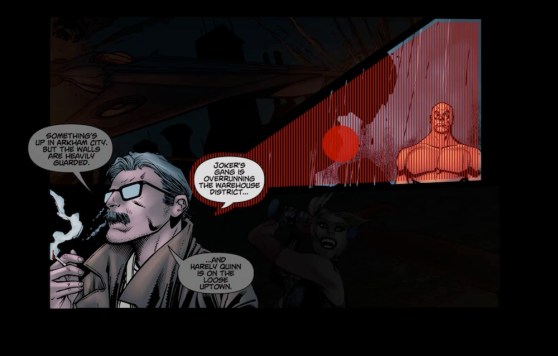 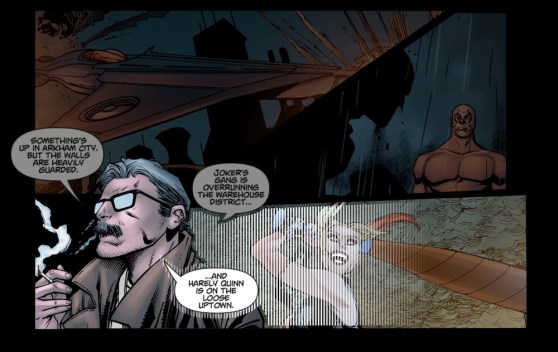 Above: Multiverse Sequence #1a

“DC² Multiverse is taking the interactive experience that you’d get from one of DC’s video games like Arkham Origins but focusing entirely on the rich stories told within these games,” Lee told me. Essentially, Multiverse comics take the “gaming” out of the video game, which leaves you with only the story.

No gimmicks, just The Batman and big stories

While these two new formats are interesting, they aren’t exactly the first of their kind. DC’s biggest “rival” Marvel Entertainment debuted a similar interactive format called Infinite Comics last year, and hot digital comics startup Madefire opened its motion books creation tool to the public earlier this year. DC has simply developed a history of hesitation when it comes to digital comic book innovation — a move that has proved extremely successful since the company first entered the business of selling digital comics back in 2010.

The company was able to become the market leader in 2011 when it started selling digital comics and print comics on the same release day, seeing 125 percent increase in sales the following year. DC also made its single-issue digital comics available on major digital stores (Amazon’s Kindle store, Barnes & Noble’s Nook store, Apple’s iBookstore) as well as created a line of top-selling digital-first comic series. All of these actions contributed to “double-digit” growth of digital comic book sales and a 35 percent bump in overall sales for 2013 compared to the same period last year, according to DC.

That said, neither Madefire’s motion books nor Marvel’s Infinite Comics have really taken off as sales successes, which would indicate at first glance that interactive comics aren’t a sound business move. Yet, DC’s two new formats plans to challenge that line of thinking by pushing them as if they’re already top-selling fan favorites. In other words, it’s bringing in The Batman and treating the books like they’re already top-selling fan favorites. 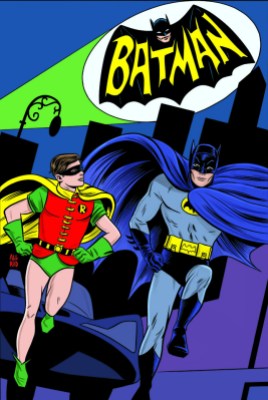 “Of course we’re going to bring the best characters and creators because we seriously see this as a way to grow our digital comic book business,” Lee said. “[These new formats] are not just gimmicks that call attention to our big characters and events. [DC² and Multiverse are] a new way to tell a story, and the best way to demonstrate that is by bringing the best and brightest to the table.”

It’s worth noting that Marvel has launched several arguably “gimmicky” interactive features within its comics. Some of those include an Augmented Reality app that reveals extra artwork, panels, and videos whenever the AR logo appears on a comic page, and Marvel’s Project Gamma that brings cinematic soundtracks to digital comic books as you progress through the story. DC thus far has stayed away from such “gimmicks” in favor of trying to sell more digital comics. For instance, DC sells more exclusively digital comic series (aka digital-first) — like Smallville: Season 11, Arrow, Batman Beyond, Batman Lil Gotham, Adventures of Superman, and Injustice — than any other comic book publisher.

“Digital publishing for us is a real and growing business,” DC Entertainment President Diane Nelson told VentureBeat. “There’s definitely a consistency among our digital-first titles that allows us to tap into casual fans that love our characters on television, cartoons, merchandising, and games in particular.”

She added that about 30 percent of digital-first comic sales come from new buyers that aren’t familiar with comic shops and haven’t purchased comics in the past. And with most of those digital-first comics tied to DC properties that originated on mediums other than comic books (CW’s Smallville and Arrow TV shows, WB cartoon Batman Beyond, etc.), it looks like DC has a very good shot at luring in those same customers to its new DC² and DC² Multiverse comics.

DC didn’t disclose pricing for DC² and DC² Multiverse comics, or where comic fans would be able to buy and read the books when they do make their debut to the world. However, the company did say it plans to release more details about the new comic formats in the near future.