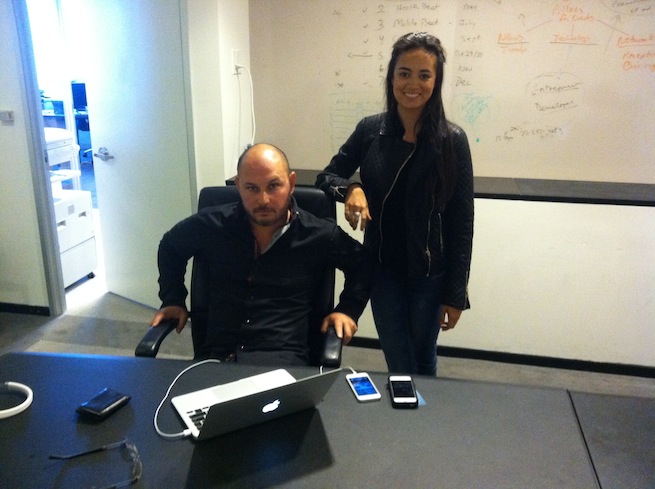 Updated: 5:55 with information about another Glass apps directory.

Google Glass is still in its developer testing phase, but one of the first app directory for Google’s digital eyewear has already popped up — and it’s not from Google.

It’s from the new incubator Stained Glass Labs, which launched only last month to help nurture companies focused on wearable technologies such as Google Glass. The directory is currently live on the incubator’s website, so anyone with Google Glass can access it through their device and install apps. The apps currently listed include official apps from the New York Times, Twitter, Facebook, and Path as well as apps made by individuals tinkering around with the dev kit, such as the Reddit app. Glassapps.org claims, however, that it is the first app directory.

“We received over 100 applications of Glass and wearable tech, and what we really noticed was people were most concerned about a couple different things: Where do I find my glass apps and how do I promote them?” said Stained Glass Labs founder Redg Snodgrass in an interview with VentureBeat. “Our overall vision is to give the tools for these guys to be successful.”

The Stained Glass program is in its very early stages, still bringing on its first class of Glass developers. Resources, however, include access to Exitround, which helps market startups in its portfolio to companies who might be interested in making an acquisition as well as providing engineering help,

Snodgrass is shying away from calling the directory a marketplace, however, because these apps at this point are actually just hacks directly embedded into the Explorer program for Google Glass.

“You can’t really buy anything, and theoretically, you’re not taking and installing in the traditional sense of apps,” said Snodgrass. “We’re hoping to expand to that, but we’re in no shape to compete [with the current Android marketplaces].”

As Google Glass gets closer to public release, however, those apps will become more evolved and the “directory” may very well evolve into a marketplace with it. When asked if the company is ready for that kind of transition, Snodgrass said, “We are. We absolutely can scale it.”