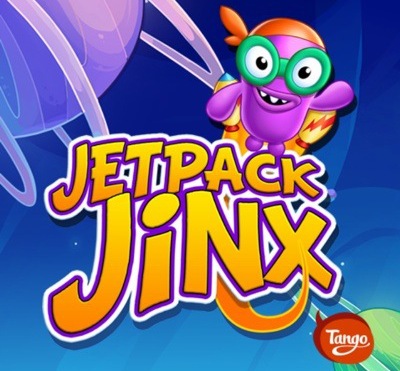 For Tango, what started out as a simple cross-platform video chat application has grown into a messaging giant with more than 120 million users. So where does it go from here?

Today Tango is announcing its boldest move yet: It’s aiming to spread its platform into mobile games to power their social components. With supported titles, you’ll instantly be able to share achievements and screenshots on Tango, and the service will also power leaderboards, serving as an alternative to Apple’s Game Center on iOS or the shuttered OpenFeint.

“There’s just a limited amount of things we can put into the [Tango] app,” said Eric Setton, the company’s chief technology officer, in an interview with VentureBeat. “We don’t want to be a limiting factor or a gate, or even kind of play a selection role in what’s going to work or not.”

Tango’s kicking off the game integration with a new title from BubbleGum Interactive, JetPack Jinx for Tango. Tango has also partnered with the popular mobile game developer Gameloft for an upcoming title, Candy Block Breaker for Tango.

In addition to bringing a slew of messaging and social features to games, the game partnerships will also serve as great exposure for Tango. It’s logo is one of the first splash screens you see when you launch a game, and its branding is highlighted within games in multiple screens.

The games could lead more users to Tango’s service, which has grown by more than 20 million users since March, when it announced it hit the 100 million user mark. Conversely, Tango’s integration could potentially help games get more exposure among its many users.

Setton points out that it’s difficult for game developers to get their titles noticed today: “Discovery is a big issue, you need to have vast amounts of funding even to get noticed. … The Facebook channel that was open to vitality a few years ago is tightening up.”

Tango is taking a cue from Asian messaging apps that have been hugely successful with their mobile game integration. (Indeed, we’ve argued that U.S. companies can learn a lot from these Asian apps.)  Japan-based Line announced earlier this year that it has powered 100 million game downloads through its messaging app, and Korea-based Kakao Talk has seen a huge amount of success with its game integration.

The news also shows that Tango isn’t slowing down with its insane two-week development cycle after it has passed 100 million users. When we chatted a few months ago, Setton explained how the fast development approach has become a core part of the company’s internal identity:

[We’ll be exploring how fast-growing mobile companies like Tango are scaling at our MobileBeat conference next month.]