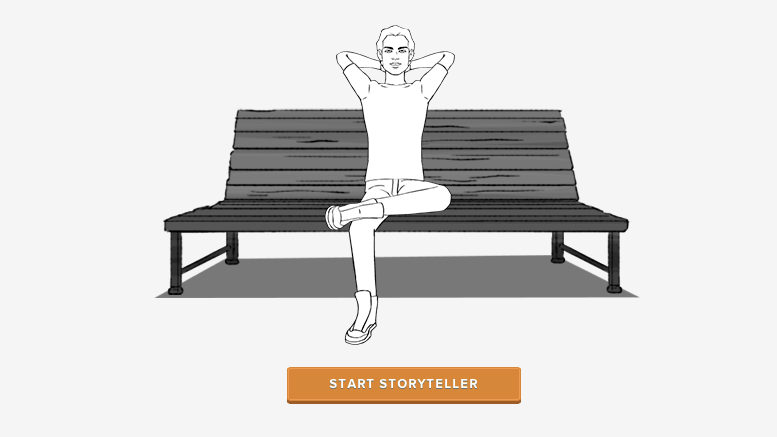 Upload your script, choose some backgrounds, and magically create a professional-looking storyboard of your movie. Or the graphic novel version of your text-based anything.

Amazon Studios released Storyteller today to allow writers and filmmakers to quickly, easily, and cheaply storyboard their scripts. I’ve tried it, and while the service is still in beta, it’s surprisingly good.

And it can be used for much, much more than just scripts. 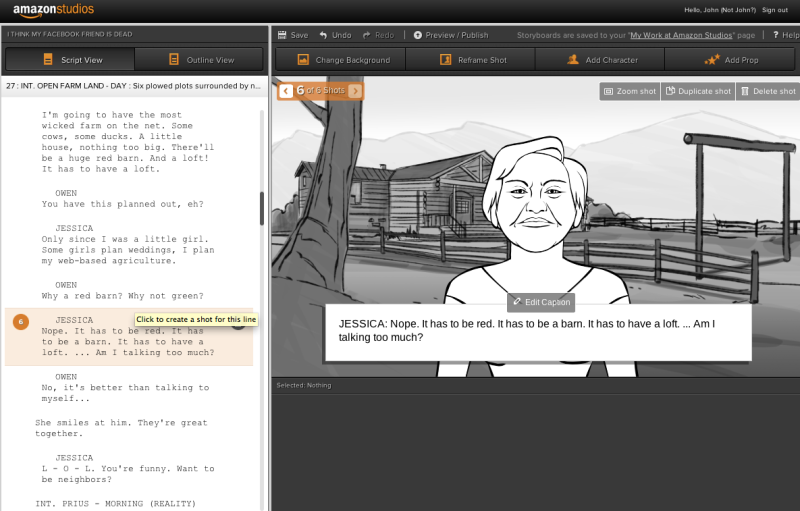 “We’ve found that many writers want to see their story up on its feet in visual form but find it harder than it should be to create a storyboard,” Roy Price, Amazon’s director of Studios said in a statement. “Storyteller provides a digital backlot, acting troupe, prop department, and assistant editor — everything you need to bring your story to life.”

You start by uploading a script to Amazon Studios — or by playing with one that’s already there. Then simply page through the script paragraph by paragraph. Storyteller will try to match up characters, props, and background with the words in each chunk of text, and it does a surprisingly good job. In the script I tried, there were some scenes on a ranch, and Storyteller found some backgrounds with a farmhouse, horse corral, and mountains. For other indoor scenes, Storyteller supplied an in-house view. 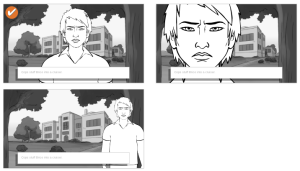 Above: You can choose shot framing

But if you don’t like what Storyteller gives, you can choose from its library, or even upload your own custom background or characters. Currently, the software has a library of thousands of props, characters, and backgrounds, Amazon says, and that is probably increasing all the time.

I think this could be useful for a lot of people in situations far beyond movies and scripts.

The obvious question, of course, is: Why is Amazon creating a storyboarding tool?

Amazon is pushing into original film and TV shows, and the company believes this is one way to essentially crowdsource new content from the grassroots up. Anyone, Amazon says, can upload a script, and it will be read by someone, and if it’s optioned, they’ll be notified within 45 days. And, if you choose to make your script public, you’ll also get feedback from the Amazon Studios community. 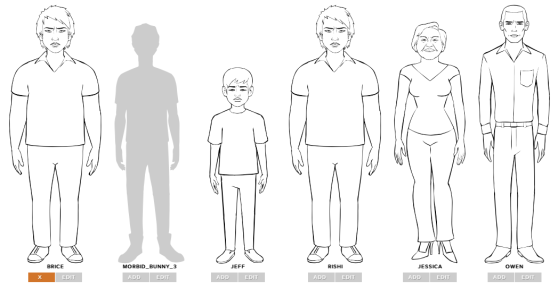 Above: Storyteller allows you to select characters … or customize them

They’re original to Amazon, and will premiere on Prime Instant Video in 2013 and 2014.

Who knows — perhaps your script will too.