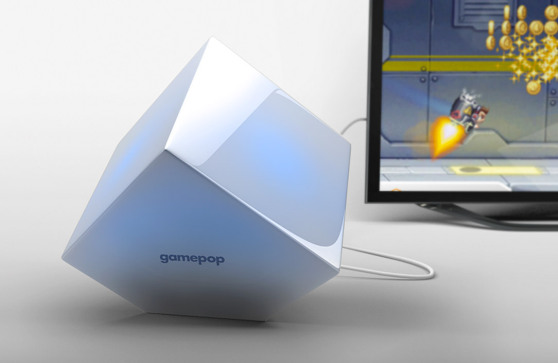 Can you imagine playing an iPhone game like Supercell’s Clash of Clans on your TV? That day may be arriving this fall.

BlueStacks is going to do what Apple has failed to bring consumers. Using a technology called Looking Glass, BlueStacks is going to enable iOS games to run on televisions. It is doing so through a virtualization technology, taking the Apple games and modifying them so they can run on the Android-based GamePop console that is going on sale this fall.

It will be a remarkable test in the market to see if consumers prefer to play free or 99-cent iPad games on their televisions, rather than pay $400 or so for a game console and $60 per game. Campbell, Calif.-based BlueStacks will make its GamePop service available on its own Android game console arriving this fall. The service could be disruptive to the console market, breaking down walls between the console market and the mobile game market.

“There will always be popular titles which are iOS-only, like Clash of Clans,” said BlueStacks chief technology officer Suman Saraf. “Looking Glass enables these titles to be brought into the living room. Some of the retina iPad games, for example, look spectacular on TV.”

BlueStacks is offering a subscription service and a $130 console with one game controller coming sometime this winter.

“We think gaming is fundamentally changing,” said Rosen Sharma, chief executive of BlueStacks, in an interview with GamesBeat.

The technology doesn’t require any partnership with Apple. BlueStacks can simply go to iOS developers and have them make minor modifications to their games so they can run on the GamePop service, which will be come with a subscription fee of $7 a month. For that price, players will gain access to 500 top mobile games. BlueStacks plans to offer about $200 worth of paid games included for free with GamePop’s console. Since the technology does not use straight emulation, the games run at a good speed.

Among the gamemakers who will try out GamePop is Subatomic, the designer of the popular Fieldrunners tower defense games.

“The capability to bring iOS games to TV is unprecedented,” said Jamie Gotch, the CEO of Subatomic. “At the same time, this is a natural evolution. Mobile games are providing richer graphics and gameplay and heading towards the living room fast.”

The GamePop service could also be available through other devices, not just the GamePop console. BlueStacks is in talks with carriers, TV manufacturers and cable companies to offer its service.

BlueStacks has already upset the Apple cart with its Layercake technology, which takes Android apps and allows them to run on Windows PCs. Layercake has been downloaded more than 10 million times, and it has won distribution at major brands such as Lenovo, MSI, AMD, and Intel.

BlueStacks was launched in 2009 and it received $15 million in funding from Andreessen-Horowitz, Radar Partners, Redpoint, Ignition Partners and Qualcomm. Sharma said he has been working on virtualization technology since 1998. You can preorder the GamePop box at www.gamepop.tv. BlueStacks made the announcement just before the E3 2013 game trade show, but it will not be demoing its box there.

Sharma said that the company virtualizes the platforms on the applications programming interface level. If an app makes a call to a menu item within Apple’s platform, then it goes to an iOS library in order to draw the appropriate menu. Bluestacks intercepts the call and draws the menu instead.

This is possible, Sharma, said because the basic functions on iOS and Android have moved closer together. Both use the Open GL graphics protocol and both ARM-based processors.

The console can be connected via a wired HDMI cable to a TV. It can display games in high-definition resolution, Sharma said.

“For the first time, we now have mobile devices in our hands that have a higher resolution than our TVs,” he said.

The tougher challenge is to get touchscreen games to work properly on the TV. BlueStacks decided that a touch-based controller wouldn’t work as well as an ordinary game console controller. So it is doing the work to convert titles to run on a TV with a controller. That work isn’t too bad, and Sharma said that the top 100 titles on iOS should have no problem running on TVs on BlueStacks’ GamePop.

Another difference is that GamePop games are sold as part of a monthly subscription. If a game has in-app purchases on Apple, then the game has to be modified on the GamePop service so that it uses the proper non-Apple payment system. If Apple had any say in this matter, it would not allow it, as Apple gets its 30 percent cut through the payment systems. However, Sharma pointed out that the games are not actually resident in the Apple iTunes App Store. They are actually residing on the GamePop service, and are thus not subject to Apple’s oversight.

GamePop will not only compete with the PS4 and the Xbox One, it will also compete with Ouya and other Android solutions that bring mobile games to TVs. BlueStacks has 30 employees.

The company was particularly inspired by Japanese carrier KDDI’s subscription mobile app service Au Smart Pass, which gives customers access to hundreds of popular paid apps for just a few bucks a month. In just one year, that service managed to bring in $250 million in revenue for KDDI. GamePop does not plan to sell games on an a la carte basis. That may not be popular with some consumers, but Sharma said his company believes that is the best model.