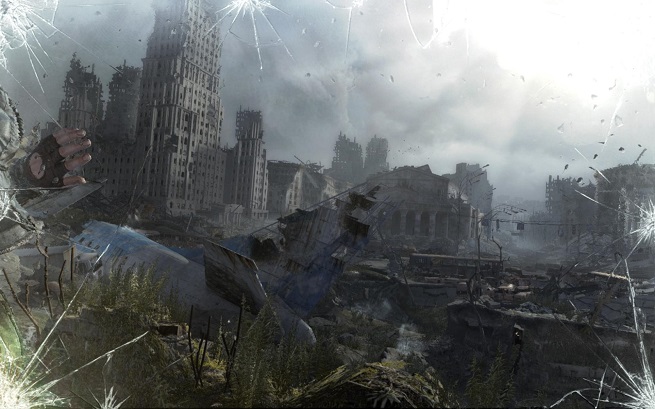 Metro: Last Light is a game filled with powerful moments (see our review), like when you walk past a group of school-age children who only see monsters where there should be birds or rabbits. Or when you stumble upon the decay of grisly suicides on the surface. Or when someone you trust betrays you and another you hurt reflects your inner self. Ultimately, these coalesce into the kind of person you, as protagonist Artyom, will become by the end.

Join myself and GamesBeat’s Stefanie Fogle and Giancarlo Valdes as we discuss these topics and more in our Metro: Last Light virtual roundtable.

Our first steps into the Metro

Giancarlo Valdes: Not knowing too much about the series’ previous game, Metro 2033, I went into Last Light without knowing what to expect. But I’m so glad I did. I’m a sucker for games dripping with atmosphere, so I was hooked from the get-go. I devoured everything I could, especially once I noticed that most of the nonplayer characters had different things to say.

It’d take me like an hour or more to get through the towns because I kept eavesdropping on conversations just to make sure I don’t miss anything.

Rob Savillo: Since I’d played through 2033, I knew what I’d be getting into with Last Light. And I was pleased to see that 4A was again continuing with that style of linear, narrative-based shooter — that Valve and Irrational do so well — but mixed with its own blend of moral ambiguity.

Stefanie Fogel: I’ll admit I was mildly disappointed when I first started playing Last Light. It seemed to suffer from an ailment I recently dubbed “Dead Space-itis.” A lot of the tension, the survivor-horror elements, felt stripped away in favor of streamlined combat and big, explodey set pieces.

I was disappointed in the lack of difficulty and overabundance of ammo and filters. I was all for seeing 4A improve 2033’s janky combat, but not at the expense of what made that game so much fun for me. 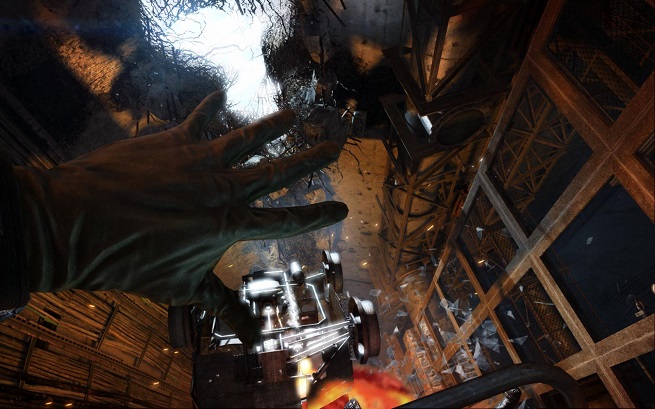 Rob: Last Light definitely has toned-down the survival-horror. After finishing, I went back to 2033, and what a difference. In 2033, it takes twice as long to crank your battery charger for your flashlight. Ammo is actually scarce, and weapons available in shops are quite expensive. You can’t knock out enemies, either, which makes going stealthy really dangerous — unlike in Last Light where not only are you silently removing a threat but you still get the opportunity to loot the body.

A couple other things that stood out: The double-barrel shotgun maps each barrel to its corresponding mouse button in 2033, and the automatic shotgun requires three presses of the reload button to fully reload!

Rob: How many players have the patience that is necessary for Metro’s kind of storytelling? Last Light has very little bombast and sticks with its signature “character dialogue down a lonely, dark Metro tunnel” to clue the player into the game’s themes.

Stefanie: I think the narrative is a bit sparse compared to other titles that shove exposition-laden cutscenes in your face every five minutes. Most of the story is told in-game through scripted events and through diary entries that are easy to overlook. Last Light is also not the first game to do mission-based storytelling. The Thief series springs to mind.

Rob, why do you think players need patience for Metro’s storytelling? 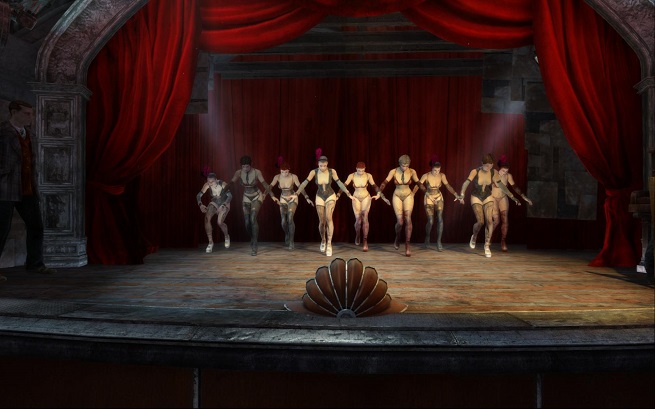 Above: The theater show.

Rob: Well, if you can’t bring yourself to stop and listen, you’re not going to develop Artyom’s character, and then you’ll be locking yourself out of the “good” ending. And since Last Light never forces you through these vignettes, you require some self-imposed patience. Like the theater show. How many players do you really think sat through that whole bit? Steam’s Achievement stats say it’s only one-third of players, but that obviously doesn’t reflect everyone who played it. The sequence is more than 10 minutes long.

Giancarlo: I stuck around in my seat for another five minutes to see if anything else was going to happen!

Stefanie: I sat through the whole theater show … partly because I thought there’d be an achievement at the end, and partly because I enjoyed the glimpse into postapocalypse entertainment — dancing girls with awkward breast physics! Laugh tracks! Horribly trained mutants!

I also enjoyed an early moment in the game where you came across an old man performing a puppet show for a bunch of kids and realize none of them have ever seen a bunny or a bird. It’s a poignant moment that drives home what these people have all lost and how different life is in the Metro.

Rob: I felt that Last Light had a lot more of those screen-flash-with-audio-cue moments than 2033, and they weren’t merely attached to your eavesdropping of conversations or handing out of bullets.

Stefanie: I’m still a little fuzzy on what constitutes being a “Good Man” in Last Light. Some decisions are pretty obvious — helping people, sparing lives, finding a kid’s lost teddy bear. I did a lot of those things but still wound up with the “bad” ending.

Was my kill count too high? Did I not listen to enough NPC conversations? Every time I saw that white flash on the screen that told me I had just done or witnessed something important, I got a little nervous wondering what it actually meant. I found it a little distracting and would have preferred if the game silently judged me instead. 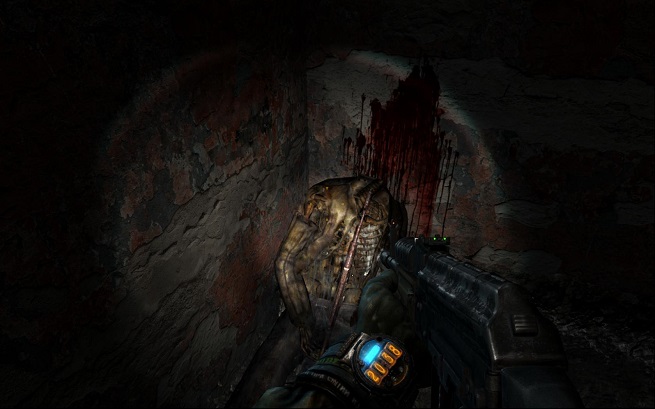 Above: A corpse with a shotgun pointed where its head once was. Just the aftermath of another suicide.

You can find gruesome scenes in tucked-away corners. In one section, I believe it’s off just off the track when you get the motorized rail car, you can step into a room with a bloodstained mattress, which was clearly intended to show the results of someone’s suicide. On the surface, I can recall an out-of-the-way room lined with beds. As you walk in, you’ll see black shadows appear in nooses hanging from the ceiling. Both of these moments give you the little flash-and-audio-cue.

I interpret this has Artyom coming to terms with the aftermath of the nuclear apocalypse, and this is especially poignant for Artyom’s character growth since he’s directly responsible for nuking the Dark Ones in 2033. If your Artyom can’t come to understand his past actions, he can’t seek redemption for them; he can’t be forgiven. And forgiveness is the primary theme of Last Light. When you rescue Pavel from the landscape of corpses, the young Dark One flatly says, “So that’s what forgiveness is. Thank you. I’ll remember this.”