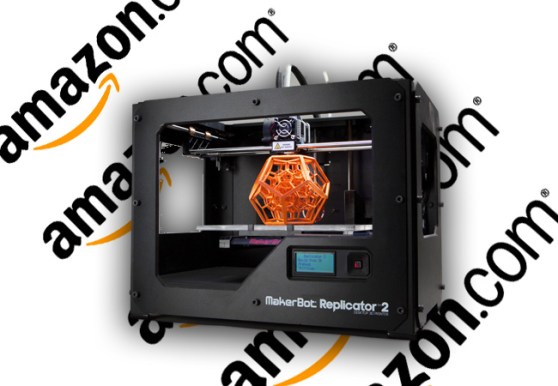 Amazon is pushing 3D printing a little bit further into the mainstream.

The company has launched its own dedicated section to the technology on its website, where shoppers can find printers, printer filament, books, software, and accessories all in one place. 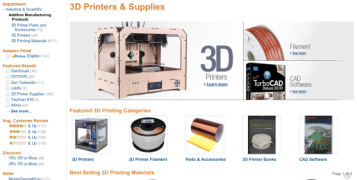 The move is obviously a massive boost for the fledging consumer 3D printing market, which has slowly been creeping into the mainstream but has so far largely lacked major corporate retailer support. Prior to the Amazon move, probably the biggest comparable news was Staples’s decision to start selling the Cube, a 3D printer created by 3D Systems.

But what’s most interesting about the move is that it shouldn’t have happened — at least not yet. When asked about 3D printing’s disruptive potential at a recent shareholder meeting, Amazon CEO Jeff Bezos admitted that while the technology was exciting, it still had a long way to go.

“I think the answer to that is, not anytime soon. That’s far, far in the future,” he said.

Of course, Bezos was mostly just referring to Amazon using 3D printing in its own distribution operations, not to the possibility of Amazon making a big deal about selling 3D printers. So perhaps this is less of a conflict than it seems.

As for the the new 3D section, it’s just starting out, so expect Amazon to refine it as the industry continues to develop.