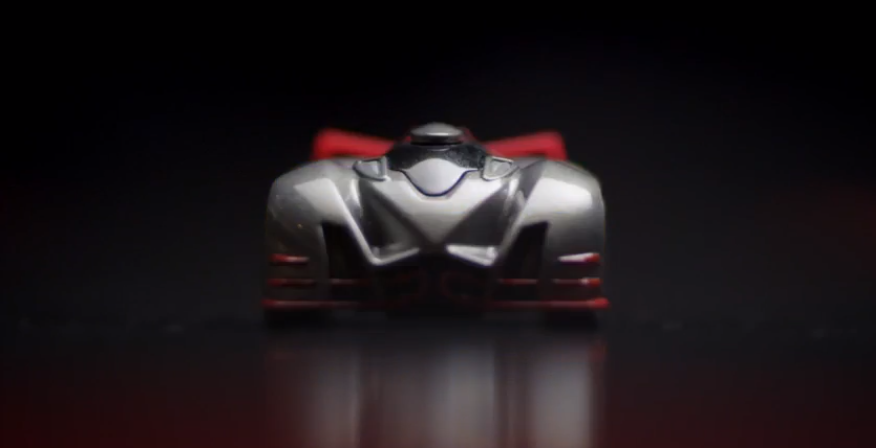 Anki is an artificial intelligence and robotics startup that emerged out of stealth mode today and unveiled its first product — a car racing game called Anki Drive. It also revealed $50 million in funding from Andreessen Horowitz, Index Ventures, and Two Sigma.

Famed venture capitalist Mark Andreessen described the company as the “best robotics startup I have ever seen.”

Anki’s CEO Boris Sofman showed off three self-driving cars on stage that steered themselves around a track. He said the cars can sense their surroundings and adjust their speeds based on the same processes our brains perform while driving. The software makes thousands of decisions every second.

Anki’s ultimate goal is to bring artificial intelligence into people’s everyday lives. It combines decades of engineering and scientific research with robotics, AI, hardware, and software, and applies it to consumer products. Andreessen said this type of technology is normally funneled into expensive industrial and military projects. Anki makes this advanced technology accessible to everyone by building products you can use in your home.

The first manifestation of the platform is Anki Drive.

“We are bringing video games to life on the floor of your livingroom,” Sofman said during his presentation.

Anki Drive is a real-time car racing game that puts real cars against players and each other. Each car is equipped with sensors and intelligent software and can be controlled through iPhones or iPads.

“Playing Anki Drive, their first product, is a delight for people of any age — it’s amazing to see fully autonomous robot cars in high-speed races, making thousands of independent decisions per second, maneuvering and competing, in ways never before possible,” Andreessen said in a blog post.

The product will be available in iOS this fall and cost just $200. As the price of computing hardware continues to drop, huge opportunities arise to develop products of this caliber at mass market price points. Sofman said Drive is the first step toward the future of robotics and artificial intelligence that will transform the entertainment experience, as well as other industries, and create entirely new product categories.

Sofman and cofounder Mark Palatucci and Hanns Tappeiner met while earning M.S. and PhDs at the Robotics Institute at Carnegie Mellon University. They dreamed up Anki five years ago sitting around a kitchen table, and “countless algorithms (admittedly, many failed attempts), late nights, napkin sketches, and prototypes later, we realized that we just might be onto something,” Sofman said in a blog post.

The company has operated in stealth mode since Februrary 2012 and Andreessen said that keeping quiet about it for 16 months “has been one of the hardest things I have had to do since we started our firm!”

I think rapper Macklemore described it best in his hit song Thrift Store — this is f**ing awesome.

Anki is based in San Francisco.