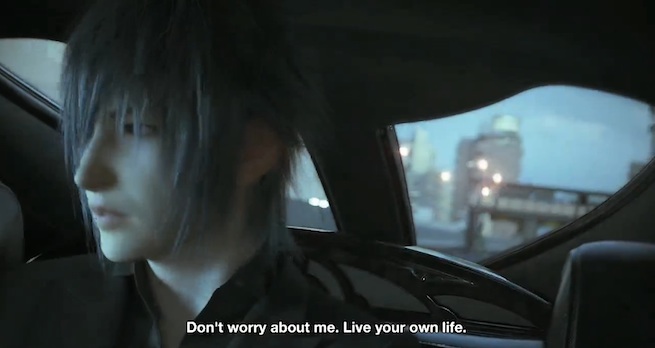 LOS ANGELES —  It’s been ages since Final Fantasy Versus XIII was last showed at the Electronic Entertainment Expo. So long, in fact, that it’s now been rebranded as the 15th title in Square Enix’s celebrated Japanese role-playing game series — Final Fantasy XV.

In a prerecorded video during Sony’s pre-E3 press briefing, Square Enix design director Tetsuya Nomura revealed a new trailer for the Japanese role-playing game formerly known as FFXIII. Not much has changed, it seems — the blend of real world elements (like cars) and the fantasy aesthetics the series is known for (large monsters, large swords, large airships … a lot of large things) is still present. Actual gameplay of our stylish hero [see above] was shown, where he ran through groups of enemies, performing his best Devil May Cry impression by jumping around and plunging his sword into them.

Unlike previous Final Fantasy titles, which featured some form of turn-based combat, FFXV’s combat runs in real time. Some elements look straight out of Sony’s God of War: At one point, the main character runs around a giant beast as the world crumbles all around him. Final Fantasy XV will be coming to the PlayStation 4.

Check out the full trailer for yourself below: