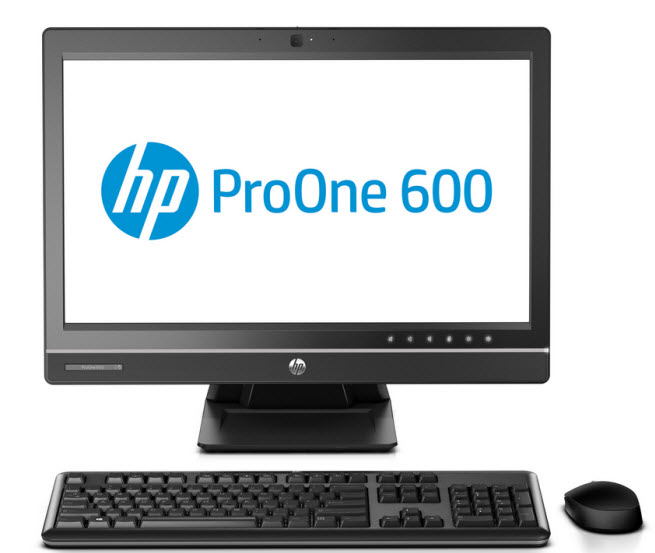 The computers include models with consumer features such as fast processors and touchscreens, along with business features such as high security, management software, and no-frills designs. The designs show that it isn’t just consumer devices that are changing in their designs. Enterprise customers want modern looks and user interfaces like touchscreens too, according to HP.

HP is launching the HP EliteOne and HP EliteDesk 800 series PCs with all-in-one and desktop designs. They come with fourth-generation Core processors, which have double the graphics capability of last year’s models and 50 percent better power consumption. They have USB 3.0 ports for easy access to data as well as a combination of Intel’s vPro security and HP Client Security. The HP EliteOne 800 is a multimedia all-in-one PC with management and security options.

The HP EliteDesk 800 G1 Series is a 23-inch business desktop with energy-efficient designs and three different chassis options. All-in-one designs are becoming popular in enterprises for the same reason they are popular with consumers: they save space. Enterprise customers will also appreciate features such as fast-charging ports and HP Wireless Hotspot software, which makes it easier to find a wireless connection.

HP is also launching its HP ProOne and ProDesk 600 Series computers with Haswell-based processors. These machines don’t have touchscreens, but have similar features to the other machines.

“End users require the right PC for them to succeed on the job, with those needs encompassing a broad combination of power, productivity, manageability and security,” said Carol Hess, vice president, Product Management, Commercial Managed IT, HP. “HP’s new portfolio of business PCs take the desktop to the next level with incredibly powerful and stylish devices featuring the latest management, touch interface and security technologies to address a wide range of employee and customer-facing business scenarios.”