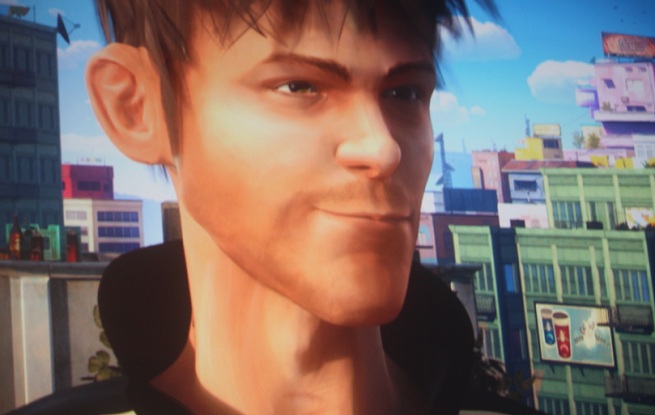 Ted Price, president and CEO of Insomniac, introduced Sunset Overdrive with a stylish trailer filled with tons of shooting and alien-like monsters. Price described it as an “open world shooter” with “inspired” world events. The trailer showed a young man [above] flying through a city while shooting bad guys. He and others — it looks like a multiplayer game, with fake names on top of the characters’ heads — used inventive weaponry like a gun that shoots vinyl records and another that’s filled with supercharged soda ammo, producing a huge explosion.