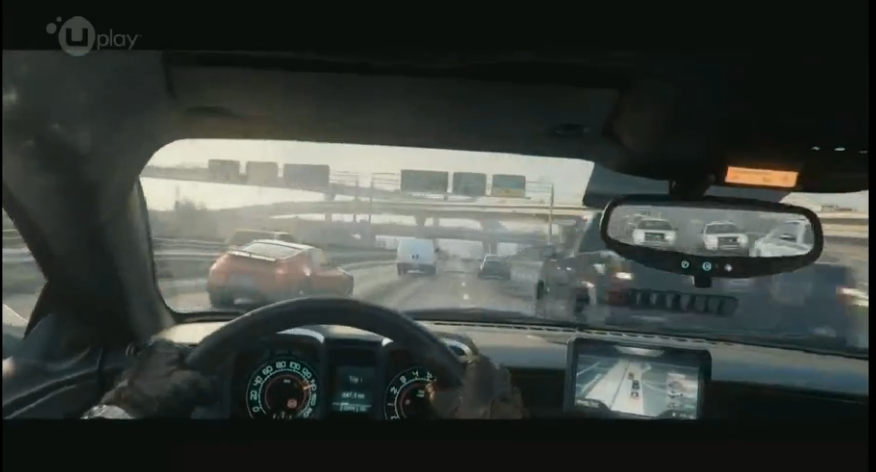 LOS ANGELES — Ubisoft wants you to team up with your friends so you can race across the United States. The publisher just introduced The Crew, which is an open-world multiplayer racing game for next-generation consoles, at its pre-Electronic Entertainment Expo briefing today.

The Crew is so named because it has players teaming up to take on other crews comprised of real people. Ubisoft demonstrated the game in action where a group of four players competed to take out another crew.

Julian Garrity, the creative director for The Crew developer Ivory Tower, came onstage to explain the game and what Ubisoft wants to accomplish with the title.

“How can we use this new tech to change the status quo of driving games,” Garrity asked. For The Crew, Ubisoft is using it to build a giant persistent world.

“It’s a video game world as big as has ever been created,” said Garrity.

Ubisoft also detailed the game’s customization engine. Players can strip down and build up their vehicles however they wish.

“Our customization system is something we’re pretty proud of,” said Garrity.

Gamers can also customize their cars directly from tablets without having to start up the game. Those changes then will immediately appear the next time players hop into The Crew.

Check out The Crew in action below: