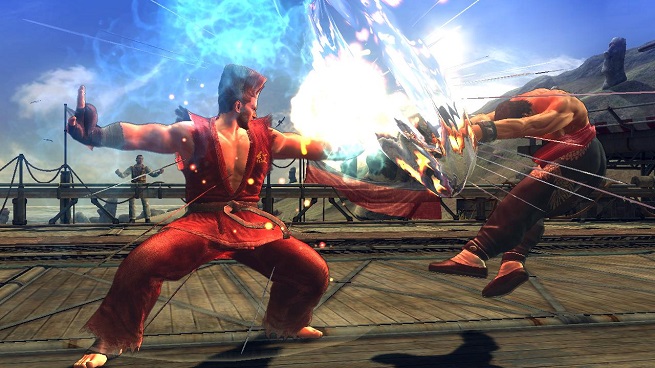 Tekken Revolution is the first F2P title that Namco Bandai has launched worldwide. As a PlayStation Network exclusive, it’s also the first F2P fighting game to come to consoles.

Series director and producer Katsuhiro Harada likens it to a “virtual arcade.” Players use digital coins to play matches, and everyone gets an allotment of free coins that replenish over time (Namco Bandai did not say how long it would take for these Arcade Coins to refill). Versus Coins are for player or ranked matches, and these refill for free every 30 minutes.

You can also buy premium coins, and you can use these like real-life quarters in an arcade machine. If you win a match against an opponent, you get to keep your coin. Harada stressed that the premium coins are optional — anyone who wants to play for free can simply wait for their coins to refill.

“When we did some market research, we found that … if you look at the audience overall, you don’t see a whole lot of people that are playing for hours on end,” Harada explained through an interpreter today at the Electronic Entertainment Expo. “Usually with fighting games, people like to concentrate and play in bursts of 20-30 minutes, maybe an hour at the most. So we kind of tailored [the game] so that you have enough coins to play for that time several times throughout the day.”

Tekken Revolution also introduces another series first: the character enhancement system. It features eight unlockable characters at launch (and you can purchase characters as well). Each one gains skill points as it levels up, which you can use to upgrade either Power (increased damage), Vigor (increased special moves damage), or Endurance (increased health). Harada said the character lineup will be small at first to allow people to concentrate on learning them, but he added that Namco Bandai does have several major updates planned in the near future.