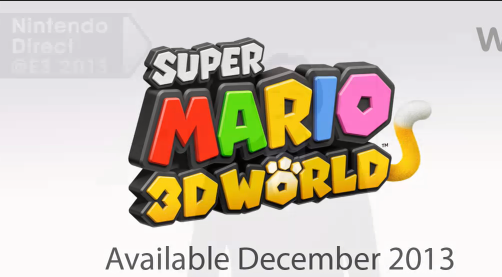 During its special Electronic Entertainment Expo edition of Nintendo Direct this morning, Nintendo announced that it is giving a certain fat little plumber another 3D platformer, and this time it’s on the Wii U.

Super Mario 3D World will let you play in co-op as Mario, Luigi, Peach, and Toad, each one with character-specific abilities. Nintendo also showed off a new Cat Suit that Mario can use to climb on walls (and look adorable in). The characters can hover while jumping, and Toad can run faster. We also saw that one player can throw another — in some ways, we see callbacks to the original Super Mario 2 on NES.

Super Mario 3D World will be available for the Wii U in December, and we’ll have more information as it comes available.