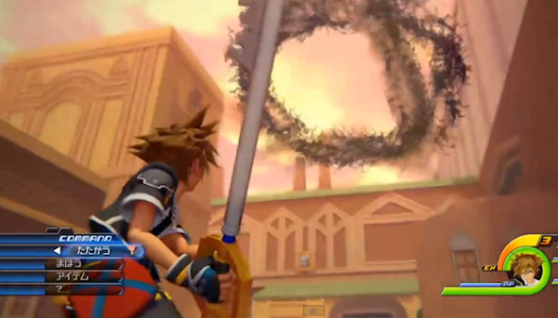 While Microsoft did have a very strong showing of games at its pre-E3 conference Monday, the offering characteristically showed a distinct lack of Japanese support outside of Crimson Dragon and Metal Gear Solid V: The Phantom Pain. The fact that the Xbox One isn’t releasing in Japan until next year doesn’t help either.

Sony, on the other hand, received deafening applause during its conference when Final Fantasy XV (formerly Final Fantasy Versus XIII) and Kingdom Hearts III were announced. Now that the two titles will appear on both rivals’ platforms, Microsoft is not quite as outgunned as many had speculated (or had hoped, given the nature of the current Xbox One Hate Train).

Kingdom Hearts III, still very early in development, marks the first time a game from this Disney/Square Enix character mashup will grace a Microsoft console. We have no release date at this time.