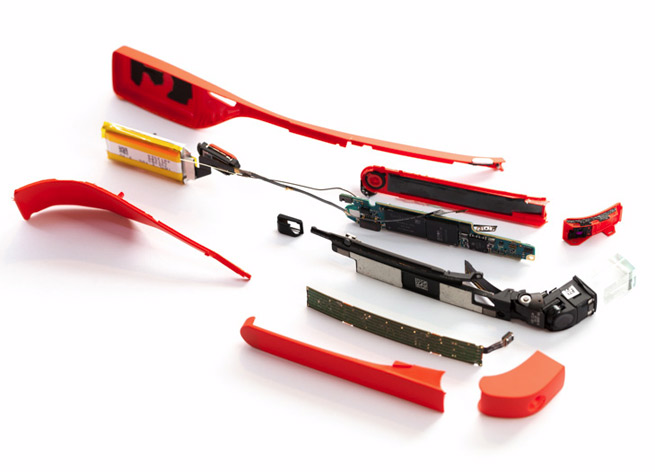 Google Glass might be a controversial device when it comes to privacy, but one aspect no one disputes is that the unit is a bit underpowered.

Now electrical engineer Star Simpson and software engineer Scott Torborg at Catwig have torn down a Google Glass unit to show exactly how it fits together and what is inside.

As for basic hardware, the device includes a Google-branded CPU board, TI OMAP4430 processor, 16GB of SanDisk flash memory, a Elpida mobile DRAM chip, and a Synaptics T1320A touchpad for prompting commands. It also has a paltry 570 mAh battery, which explains why the thing doesn’t last but a few hours before it needs to be recharged. The battery is not replaceable in the slightest.

For the camera, Google has installed one that is described as “typical smartphone-level size and format.” The camera is not aligned with the wearer’s eye and it talks to the CPU independently from the display. Photos taken with Google Glass already look pretty decent, but like all smartphones, we’re sure better software and hardware will come down the line.

The Google Glass display is also lacking a bit. The tiny screen has a native resolution of 640-by-360 pixels — that’s roughly one-eighth the physical width of the the iPhone 5’s display.

While we still think there are serious privacy issues with Google Glass, from a gadget perspective we hope the next version will be more powerful. This thing needs a better processor, longer battery life, and a more capable display. We look forward to seeing what Google cooks up.

Take a look at some other components below. 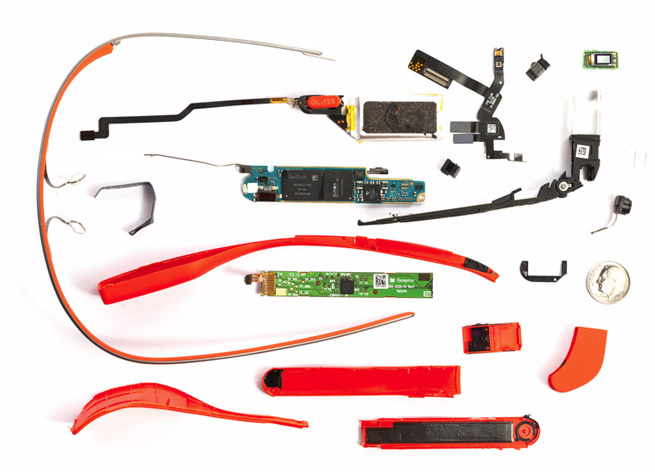