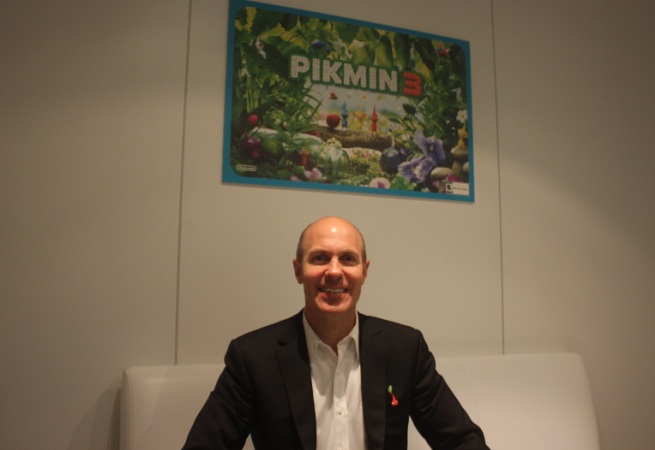 LOS ANGELES — Nintendo is in a tight spot. The Japanese company launched its Wii U last fall, but it has had a tepid response from the market. The new consoles from Sony and Microsoft are arriving this fall, and the Wii U’s best proposition is its price and the promise of new games coming soon. But those titles are based on Nintendo’s tried and true properties, nothing really new or innovative.

The company had so little to show at the 2013 Electronic Entertainment Expo in Los Angeles that it canceled its large press conference and scaled down its efforts to publicize its games. Scott Moffitt, the executive vice president of sales and marketing at Nintendo of America, acknowledges that Wii U sales are slow but big games are on the way. Will it be enough to make Nintendo relevant in this generation?

Here’s an edited transcript of our interview with Moffitt. 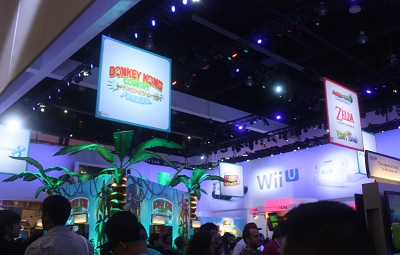 GamesBeat: So, how’s your E3 going?

Scott Moffit: It’s going good. We’re excited. I’m seeing a different approach to it this year. The feedback we’re getting is positive.

GamesBeat: How did the showcase and the Nintendo Direct webcast combo work for you?

Moffit: We had a series of events. We had Nintendo Direct in the morning [Tuesday morning], which is the way we broke all of the news. That was simultaneous globally. Then we had two different events.

We had the developer event, where media and gamers got a chance to interact with some of the developers and ask questions. Then we had an event for retailers and business partners, where we explained some of the information that matters more to them – launch, dates, and pricing. We’re talking with many of those retailers in meetings, giving them further details about bundles and the like for the holidays.

GamesBeat: It’s not a new year for hardware. You don’t have to do as big a thing as you normally would.

Moffit: If you add in the Best Buy consumer sampling program, where we’re taking E3 beyond the walls of the convention center and allowing game fans to go play our E3 games, we’re doing more this year than we have in years past. We’re just doing it differently. This year, for us, E3 is all about the games. We have an amazing lineup of some of the best content we’ve ever brought to market. We’re going to have fresh new experiences on both Wii and on 3DS. That was our main message, and that’s what we have to share this year. But we try to find a different way to bring that to life for people. We have the developer experience, but we also thought this Best Buy consumer demo experience was a great way to get the games into people’s hands. 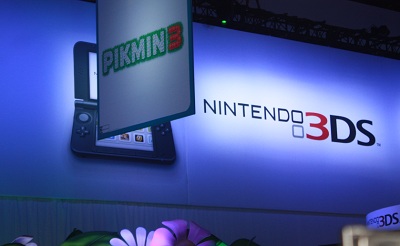 GamesBeat: It seems like the content for the Wii U has been coming slowly. Would you agree with that? Something about this console launch that has seemed slower. The hardware isn’t selling as well.

Moffit: The main learning is that software sells hardware. When you have great content, you’re going to drive the hardware installed base very rapidly, but that cuts both ways. When you’re not launching a lot of games, hardware sales are going to be slow.

Coming out of E3, we’re launching two great titles right away – Game & Wario and New Super Luigi U in June, followed quickly by The Wonderful 101 and then Pikmin and Zelda. Then, around the holidays, we have Wii Fit U and Super Mario 3D World. That’s an amazing lineup in just six months. There are enough games there to fill playtime for over a year. Then we also announced Mario Kart 8, which you got to play, and Super Smash Bros. for both Wii U and 3DS will be coming next year.

That’s an incredible lineup of fan-favorite popular franchises, all coming in quick succession. I missed Donkey Kong Country Tropical Freeze there. The anchor titles for us in the holidays will obviously be that, Wii Fit U, and Super Mario 3D World. When that content comes out, we fully expect hardware sales to take off, just like we saw with 3DS. The 3DS had an explosive first holiday on the backs of Mario Kart 7 and Super Mario 3D Land. Those two games drove hardware in ways that we’re still feeling today.

GamesBeat: What did you think of the competitive picture at E3 this year, with Sony, Nintendo, and Microsoft?

Moffit: I haven’t had a lot of time to study their announcements, but I can tell you that I feel very confident about our chances to compete and about what we’re bringing to market. “Content is king” has never been more true. The only way to experience our franchises is going to be on the Wii U. While Microsoft and Sony may compete for the hearts and minds of core gamers, our fans will appreciate the breadth of content that we’ve got, which has universal appeal. Avid gamers, kids, families, all of them will find something in our lineup that’s fun to play and that’s bringing new, unique experiences. Innovation is what Nintendo stands for. We’re proving that with a fresh new, reimagined array of games we’re bringing to market this year.

GamesBeat: As far as variety goes, where do you feel like you are with third-party developers and publishers?

Moffit: We have great relationships with third parties. You’re seeing great new games at E3 here from Ubisoft, from Disney, from Warner Bros. We have Mario and Sonic at the 2014 Winter Olympic Games from Sega. When we drive our hardware to higher installed bases, even more content will be coming. We’ve got tremendous content coming from developers who are finding new ways to use the features of the systems. The GamePad with a game like Watch Dogs from Ubisoft is a great showcase for the power of the hardware.