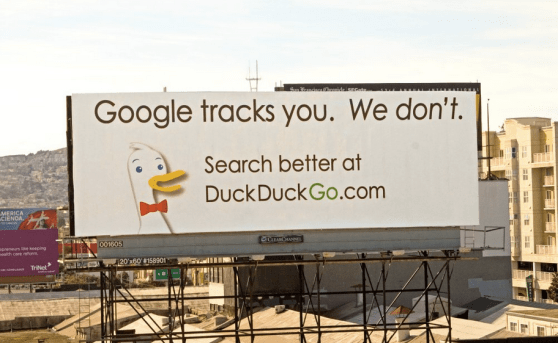 If you want to know just how crazy fear over PRISM-like surveillance has made the Internet, take a look at DuckDuckGo.

Thanks to the National Security Agency leaks and some well-timed media appearances, the private search engine is having its best traffic week ever. Visitors to the site made a record 2.35 million direct searches on Wednesday — a 26 percent increase over the previous week.

For DuckDuckGo founder Gabriel Weinberg, the numbers are proof yet again that people are eager to find and use viable alternatives to popular web services, which are prime targets for government snooping. “We offer that in web search, and there are others that offer it in other verticals. As people find out about these alternatives, they make that choice,” Weinberg said via email today.

DuckDuckGo was launched in 2008 and has since become the foremost search engine for those concerned about not just snooping by the government but Google as well. When visitors search via DuckDuckGo, the search engine doesn’t track them; it just gives them the search results they request. (Like Google, DuckDuckGo does serve contextual ads, which is how it makes its money.) 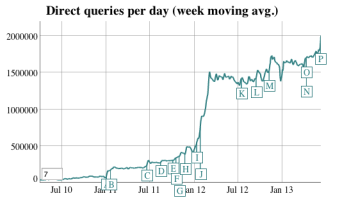 Above: Traffic to DuckDuckGo tends to spike whenever new privacy fears pop up.

While interest in the search engine has climbed over the past year, fears over PRISM surveillance have made DuckDuckGo look significantly more important and necessary seemingly overnight.

“I believe the surveillance story is paramount right now, and people are talking about it. DuckDuckGo users are telling their friends and family about the private alternatives,” Weinberg said.