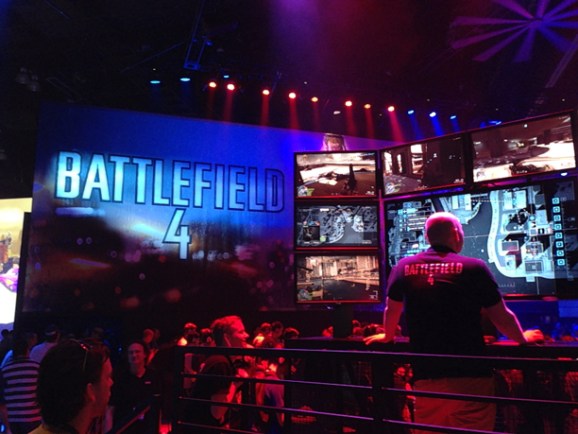 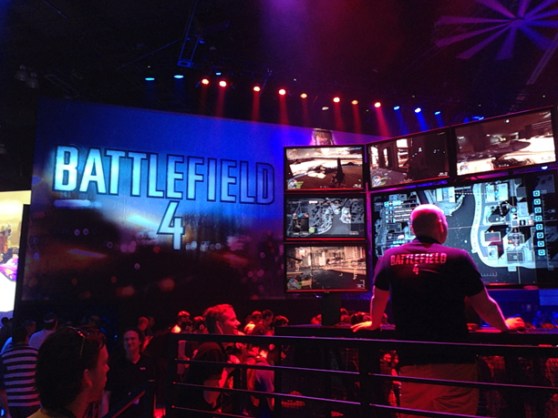 Even if the barrage of E3 news hasn’t tired you out by now (especially Xbone vs. PS4), thinking about which of the 90+ mentioned or announced E3 games you should buy will seriously hurt your head.

Thankfully, there are always some suckers out there doing the legwork. (That’d be us – Team Sucker.) We’ve sifted through the games and picked out the titles with actual preorder deals (no MSRP here, thankyouverymuch). Be warned, console fans: Many of these are PC digital titles on Steam or Origin. No gloating please, PC Master race.

Some of the best PC preorder deals come from a new 25% off Green Man Gaming coupon that applies to many upcoming preorder titles. The coupon applies to several big titles, including Batman: Arkham Origins, Saints Row IV, and Total War: Rome II. Although North American gamers can’t apply the coupon to Battlefield 4 or FIFA 14, gamers in Europe will be able to reap the discount for those titles.

(Note: game deals are sorted by platform and release dates.)

. What more can you ask for? 25% off for a PS3 exclusive title on release day. Newegg has limited quantities of these and as of writing there’s 1,200 copies sold. Rave reviews everywhere, check out Gamesbeat’s review here.

Aug. 20: Saints Row IV (PC Download) — $40 at Green Man Gaming after coupon. The IP survives the THQ bankruptcy and the 4th installment comes later this year. The game’s humor is always a bit crude and it’ll be interesting if Volition dials it down a notch.

Oct. 25: Batman Arkham Origins (PC Download) — $37.50 at Green Man Gaming after coupon. Its the 3rd installment to the Arkham series Batman game. What’s more to say? If you enjoy the previous two titles, you can expect more from the prequel game that’s set 5 years before Arkham Aslyum.

June 21: MotoGP 2013 (PC Download) — $30 at Green Man Gaming after coupon. Not exactly a big title but moto racing fans may want to take a look at this game. Demo video here.

June 25: Deadpool (PC Download) — $31.99 at GameFly after coupon. How can you not preorder a Deadpool game? What’s that? Superhero games are generally bad adaptions? Okay, fine. (Here’s a demo gameplay video).

June 25: Company of Heroes 2 (PC Download) — $45 at Green Man Gaming after coupon. There’s also a digital collector’s edition available at $75 (regular price is $100). That’s not exactly cheap, but you do get more in-game goodies and digital flares (up to 24 skins).

Aug. 13: Europa Universalis 4 (PC Download) — $31.99 at GameFly after coupon. Grand strategy game fans needs no introduction to Europa 4. If you enjoy a 100x more complex version of RISK, Europa 4 is worth a look.

Aug. 27: Final Fantasy XIV: A Realm Reborn (PC Download) — $22.50 at Green Man Gaming after coupon. Remember, if you own the first FF 14 on the PC, don’t buy A Realm Reborn because you’ll be getting it free from Square.

Nov. 5: Call of Duty: Ghosts + $7 Digital Credit (PC Download) — $59.99 at GameFly. Like Battlefield 4, there’s no price cut on Ghosts but you can get a $7 digital credit to enjoy an FPS with a dog companion. Totally never done before *cough dogmeat cough*.

Nov. 19: Need for Speed Rivals (PC Download) — $39.99 at GameFly after coupon. One of those franchise that will never end – this time, in an open-world setting. Successor of sorts to 1999’s High Stake. No deals yet for the PS4 and Xbox One version.

July 16: Shin Megami Tensei IV (Nintendo 3DS) — $41.99 at NewEgg after coupon. Atlus is throwing in a bunch of other goodies with this, including artbook and music collection CD.

Aug. 20: Tom Clancy’s Splinter Cell Blacklist (Xbox 360, PS3) — $49.99 at NewEgg after coupon. Its not The Division but we don’t expect the Unbisoft MMO to be done anytime soon. Third person action stealth, sequel to 2010’s Conviction.

Oct. 8: Beyond: Two Souls (PS3) — $51.99 at NewEgg after coupon. Fans of Ellen Page or “meta” themes should check this one out. From French developers Quantic Dream (aka the guys that brought us Heavy Rain).

Oct. 12: Pokemon X & Y (Nintendo 3DS) — $33.99 at NewEgg after coupon. The latest installment to the Pokemon game franchise. There’s a quick 52 second trailer from the Pokemon channel showing off a bit of the gameplay.

Don’t forget the console preorders! There’s nothing too exciting just yet, but both Microsoft and Sony do offer their respective consoles on their storefronts with preorder shipping incentives. Microsoft offers a stronger “Day One” offering with special commemorative controller, packaging, and decal. Of course, stronger preorder offering != better 8th gen console. We’ll let the consumer decide come D-Day.

Xbox One Day One Edition — $499.99 at Microsoft. Nicknamed the ‘Xbone’ by many detractors of its Internet connectivity requirement, but hey, you get some potentially cool tangible preorder bonuses.