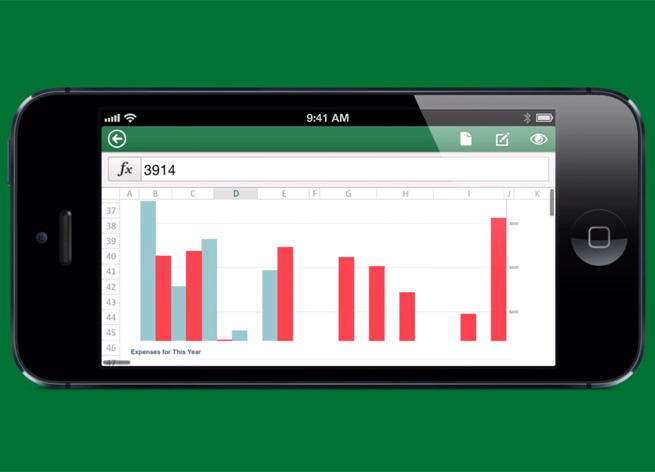 After more than a year of reports saying it would finally happen, Microsoft has launched a version of its flagship Office software for the iPhone that’s free to Office 365 subscribers.

The move is smart for Microsoft, and it needed to do this to succeed in mobile in 2013. Microsoft has made hardly a dent in the mobile market with Windows Phone or its Surface tablet. But Microsoft wanted to give more people access to Office, its most important software outside of Windows.

Office for iPhone gives a huge audience access to official Microsoft software for editing documents in Word, Excel, and PowerPoint. Plus, it gives people more reason to subscribe to Office 365, its cloud-assisted subscription version of Office that runs for $100 a year. (Read our Office 365 review.) Unfortunately, this software only works for iPhone and not iPad. Perhaps that will come down the line?

Like Office for Windows Phone, the software on iPhone has been optimized for small screens. But it’s still powerful enough to let you write, edit, slip in new content to slides, add notes, and share what you’re working on with others.

If you’re already an Office 365 Home Premium and Office 365 ProPlus subscriber, just download the app from the Apple App Store and sign in. Once you are signed in, you can see documents that are associated with your account and backed up with SkyDrive, Microsoft’s cloud-based file-hosting service. The changes you make on mobile end up synced with your work on the desktop version of the software.

Check out a few more screenshots of Office for iPhone below. 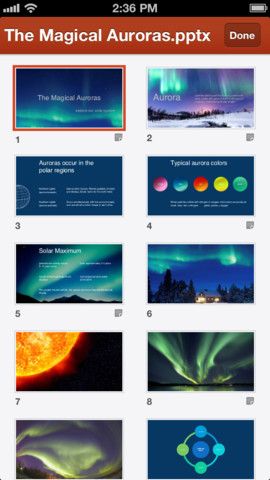