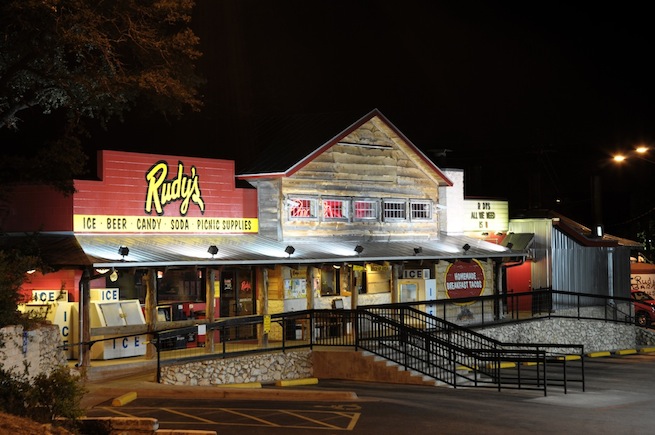 LOS ANGELES — When Retro Studios isn’t working on a Donkey Kong game, it has to eat. Luckily for its employees, the studio is in Austin, Texas, so they have tons of barbecue restaurants to pick from.

“Everybody has their own favorite place,” said Retro president and chief executive officer Michael Kelbaugh with a smile. “It’s like saying, ‘What’s the best bar?’ [Laughs]. There is a barbecue place very close to us called Rudy’s, which have catered many events. They come in and give us lunch when we’re working a lot of hours. That’s a favorite watering hole of ours. We really like Rudy’s.”

It was 3 p.m. on an especially sweaty day at the Electronic Entertainment Expo (E3) in Los Angeles when I sat down to interview Retro Studios. Hearing the way it described Rudy’s and its delicious barbecue sauce had my stomach rumbling in no time — I hadn’t eaten since breakfast.

“I think I have all of Nintendo of America hooked on Rudy’s barbecue sauce,” added Kelbaugh. “Every time I go up there, I bring a case with me. I give it away as thank-yous. So I would have to say, as a company, [the best place is] Rudy’s. Rudys.com!”

The actual URL is rudysbbq.com, but I’ll let Kelbaugh slide just this one time (rudys.com does redirect to the official site URL). Stay tuned for more of my interview with Retro Studios in the next couple of days.