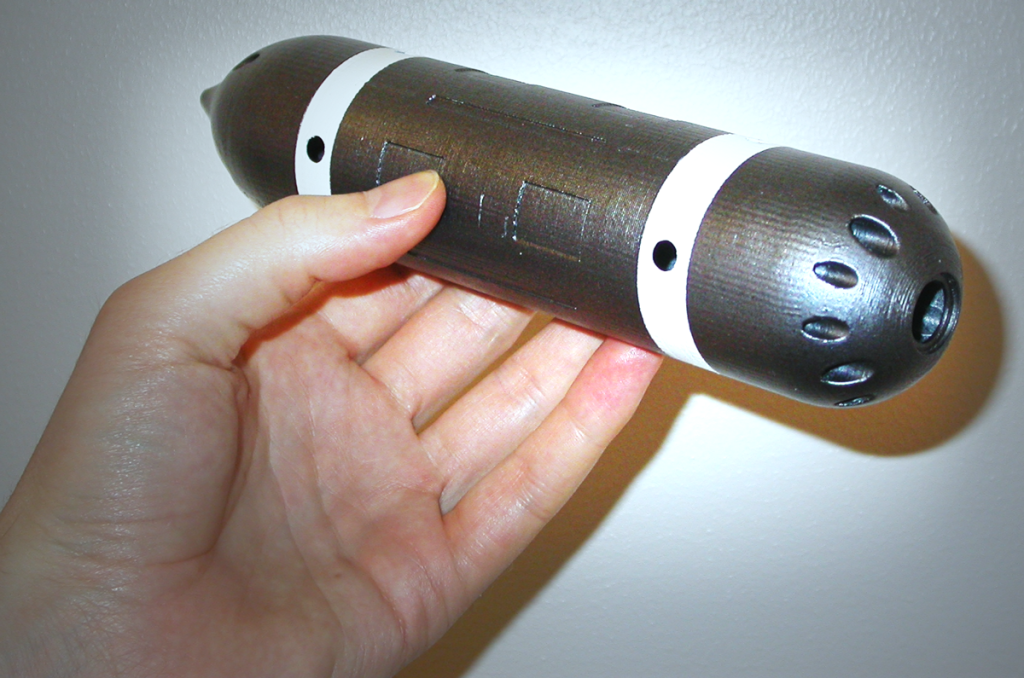 This submersible is barely the size of two soda cans, yet scientists think it might be useful for finding life on and around other planets, including Jupiter’s Europa, an ice-covered moon.

The nano-sub is called DADU and is a project of Uppsala University’s Division of Microsystems Technology. Created by researchers Jonas Jonsson, Erik Edqvist, Hugo Nguyen and Greger Thornell, the submarine is designed to explore subglacier lakes, the likes of which exist at Earth’s own poles and also host microbial life capable of surviving at extremely low temperatures.

The European Space Agency is planning a mission to measure the thickness of surface ice on Europa in 2030, and NASA is also planning a Europa orbit mission. While specific instruments haven’t yet been designated, the DADU prototype shows promise for such missions.

The project was first created as part of a partnership between NASA and the Swedish university. Nano satellites have proven useful for gathering data in low-cost missions.

Europa’s surface is covered in ice, so the scientists think a robotic mission might be able to uncover more data by drilling into the moon’s surface and exploring what lies beneath.

From a brief on the submarine and its intended original use case on Earth:

Some of these lakes have been sealed off from their surrounding environments for considerable periods of time and are thought to harbor a unique biota, and contain important information on how life conditions were several thousand years ago. The DADU project [objective] was to develop a miniature submersible vehicle, which could perform distant and autonomous exploration, and analysis in harsh and narrow environments. It was designed to be able to reach down through narrow glacial bore holes and into the previously unreachable subglacial lakes, to explore and make in-situ measurements.

The sub carries thrusters for navigation, a miniaturized side-scan sonar for subglacial imaging, a fiber-optic cable for real-time communication, a camera, an aquatic sampler, and other instruments for data collection.