Real-money-betting company Skillz raised $5.5 million in its latest round of funding. 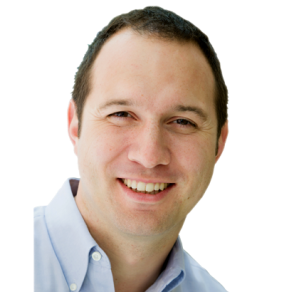 Skillz provides mobile gamers a platform to put real money on the outcome of competitive games. It is currently operating in more than a dozen Android games, where players can compete in tournaments for the chance to take home a real-money prize. This is similar to recent efforts from some companies to get into real-money casino games, but Skillz operates solely in skill-based titles.

Real-money tournaments for games of skill are legal in most U.S. states.

“Since we launched, the response from both players and game developers has been tremendous,” Skillz chief executive Andrew Paradise told GamesBeat. “We surpassed 1M downloads in less than a month, so we’ll be expanding our marketing and customer support teams to keep up with our growing user base. We’ve also had overwhelming interest from studios who want to implement Skillz in their titles, so we’ll be expanding our developer relations team as we add games from around the world.”

Many mobile and social developers use the free-to-play business model that generates revenue on the backend through advertising and in-game publishing. A real-money wagering platform like Skillz can offer a new revenue stream while simultaneously exciting gamers that want to add a bit of risk to their gaming experience.

Casino games that use virtual currency saturate the social-gaming market. It’s likely that Zynga and other publishers will quickly flip a switch to make those games work with actual cash when it’s legal to do so. Skillz is attempting to build up a rapport with gamers using skill-based games so that it too can expand to include casino-like titles.

“While companies like Zynga are experimenting with games of chance and how to enable them, gamers are already engaging with Skillz right now,” said Paradise. “We have a survey that shows 41 percent of consumers want to play in real-money competitions in their favorite iPhone or Android games. It’s a staggering number. If everyone already has a balance established with a known company, like Skillz, when games of chance enter the U.S., it creates an interesting dynamic for us to capture some of that.”

Paradise cofounded San Francisco-based Skillz in 2012 along with Casey Chafkin. Skillz was previously known as Lookout Gaming. Under that name it raised $1.3 million in a seed-funding round. Skillz’ investors include Atlas Venture, Nextview Ventures, and former IGN chief executive Mark Jung.