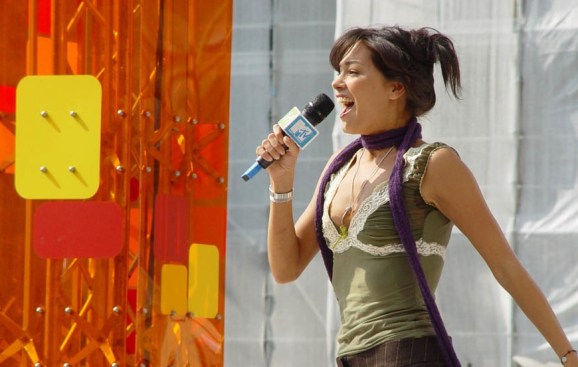 Movie and TV giant Viacom hopped on the Twitter Amplify program to pump up the second-screen volume, starting with its 2013 MTV Video Music Awards (VMAs) on August 25.

Amplify is Twitter’s name for partnerships with media companies that focuses on the second-screen experience: fans talking about events and issues on live TV shows. Ninety-five percent of “live TV conversation” currently happens on Twitter, the company said in a recent blog post, and the goal for media companies is explicit in the name of the program: to amplify their message, drive more viewers, and generate more user engagement with their content and events.

And yeah, it’s ultimately all about money. And advertisers.

“The VMAs virtually pioneered the social-TV moment, triggering a demand among marketers to tap into the fan conversations and trending topics that Viacom networks create every day,” Viacom’s head of sales Jeff Lucas said in a statement. “Through this partnership, we’re allowing marketers to insert their brands seamlessly into the torrent of fan activity and engagement around our networks on Twitter.”

I’m not sure that fans like brands being inserted — it sounds violating, in a way, even if they’re not hot — but they certainly seem to like the second-screen experience. So much so that Forrester says that 85 percent of tablet owners in the U.S. check social media while watching TV, and some are collapsing the first screen into the second.

The 2012 Video Music Awards drove massive Twitter activity, with 52 million tweet-votes cast to the most sharable video and a peak of 98,307 tweets per minute for One Direction’s Best Pop Video award. This year, with Amplify, Viacom property MTV will share backstage access, highlights, interviews, and top performances via Twitter.

Twitter Amplify partners such as Turner Sports and the NCAA offer real-time highlights of the best action via tweets, and the NBA has offered free instant replays in tweets. Other partners include A&E, Bloomberg, MLB, the PGA Tour, Warner Music, and, of course, World Wrestling Entertainment.

How are brands “inserting” their messages “seamlessly”? Here’s an example:

Twitter is doing a very neat three-way deal between the NBA, which gets its highlights promoted, and in this case, the movie After Earth, which gets publicity and the chance to increase its Twitter audience via the embedded Follow @AfterEarth account.

Perhaps not seamless, but certainly inserted.