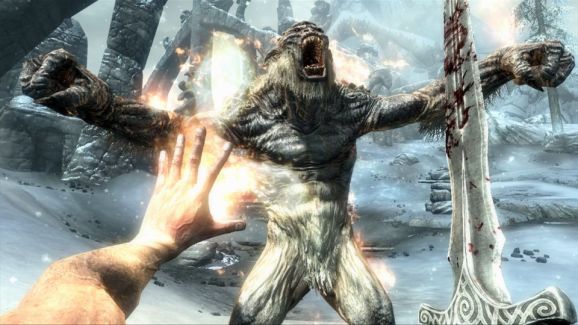 This is no troll: These mods are good!

This is a guest post by David Friend, chairman and CEO of Carbonite and has been a successful tech entrepreneur for over 25 years.

If only dealing with modern day trolls were as easy as in the fairy tales. Rather than hiding under a bridge, patent trolls hide behind shell companies and are one of the greatest threats to innovation today.

In fact, the FTC is said to be planning a probe to root out patent trolls and “protect innovators from frivolous litigation,” as FTC chair Edith Ramirez put it today.

Currently, companies large and small spend thousands of hours and millions of dollars defending themselves against trolls and their attorneys who claim they are infringing upon another’s right — even if the inventor or the patent holder isn’t creating anything with the patent.

Innovation is at risk every day there’s no action taken to prevent patent trolls from suing companies based on broad patents. Many businesses, from startups to established companies, don’t have the resources to defend themselves against professional litigators. Targets of these schemes have two options: settling, which can lead to layoffs, cutbacks or even closing their doors, or going to court, where they will have to spend millions of dollars in legal fees. With the threat of these consequences, patent troll litigation discourages innovation and new ideas.

With help from President Obama, tech companies may finally be in a position to fight back.

By far, the most powerful proposal by President Obama is to force patent trolls that lose in court to pay the expensive attorneys’ fees of the businesses they sue. This action finally brings the power of consequence to the uneven dynamic, forcing patent trolls to consider the consequences if they lose the battle. Here are some of the ways this could change the battlefield between trolls and tech companies:

Trolls Would Have Skin in the Game

Most patent troll attorneys take cases on contingency, representing a shell company, or non-practicing entity (NPE), that is set up for the sole purpose of litigating. Aside from court costs, patent troll attorneys and their NPEs face few expenses when commencing litigation against multiple defendants. A patent troll rarely incurs discovery costs, and since its fees are typically contingency-based, an NPE is not paying attorneys’ fees either. On the other hand, a company that is sued by a patent troll must pay its lawyers and incur discovery, expert witnesses, deposition, and if available, joint-defense costs, which in the case of my company, Carbonite, added up to millions of dollars. From the start, the playing field is uneven.

Shift the Risk to Trolls

Obama’s recommendations propose creating a fee-shifting “loser-pays” system, which might force patent troll attorneys to evaluate the merits of a case before they take it, since they may not get paid if they are unsuccessful in the litigation and worse, their client could potentially have to reimburse the millions of dollars the other company spent in defense costs. The Saving High-Tech Innovators from Egregious Legal Disputes (SHIELD) Act – which is currently before Congress – is designed to do exactly this, forcing patent trolls to consider the risk of bringing a lawsuit versus the potential reward. Now is the time for Congress to act.

Chief Judge Rader of the Federal Circuit Court of Appeals recently wrote that there are ways to award fee-shifting in patent litigation and he encouraged more judges to pursue this ruling. Unfortunately, fee-shifting is a very difficult award to obtain, and without more enforcement, mere fee-shifting may not remedy the problem at all. For example: Carbonite recently spent millions of dollars and nearly three years defending itself from patent troll Oasis Research, LLC. While we would like to sue for these attorney fees – which are the equivalent of nearly 50,000 new consumer subscriptions – we have been advised that the chances of reimbursement from Oasis Research are slim to none. Why? The patent troll is just a shell entity. All the revenue generated from previous settlements has likely already been used to pay attorneys’ fees and then to pay Intellectual Ventures who, according to This American Life: When Patents Attack Part 2, took 90 percent of all net profits received from licensing the patents. Even if we were to win a judgment for reimbursement of attorneys’ fees, where would the reimbursement come from? Any new fee-shifting law must address this issue.

Another potential solution to the patent troll problem is to require patent trolls to put up a bond prior to commencing litigation, or holding the ultimate beneficiaries liable for the obligations of the shell company, if you can figure out who they are. After amassing $29 billion in wealth in 2011 alone, we know they’re good for it.

David Friend is chairman and CEO of Carbonite and has been a successful tech entrepreneur for over 25 years. After serving as president of ARP Instruments, he co-founded four companies: Sonexis, FaxNet, Pilot Software, and Computer Pictures Corp. In 2010, he was named Ernst & Young Entrepreneur of the Year in the Emerging Technology category for the New England Region.

Danielle Sheer is general counsel for Carbonite. In 2012, she was named to the Boston Business Journal’s “40 under Forty” list of emerging business leaders; honored by the Massachusetts Bar Association and Massachusetts Lawyers Weekly as an “Emerging Leader”; and received the “Maverick of the Year” Stevie award for Women in Business.