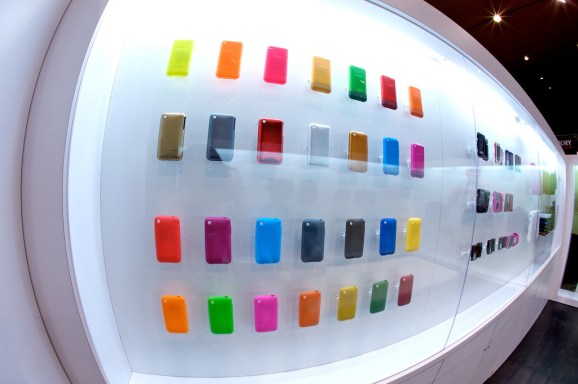 Apple could launch the lower-price iPhone at virtually any moment, according to Apple analyst Brian White.

“The lower-price iPhone is imminent, and we believe it is now up to Apple to choose exactly when to unveil this new device to the world,” White says in his most recent research note to investors.

White says that based on the information he collected during a recent trip to Asia and various accessories he saw, the “iPhone Mini” will have a 4-inch screen, a slightly thicker plastic body, and will arrive in five colors. The device will have tapered, rounded edges and will retail for about $350-400.

That’s about half as much as the iPhone 5.

Above: One of the leaked images of the new iPhone Mini, reportedly.

The iPhone Mini has been rumored for months, and White had suggested way back in April that Apple would launch the new phone in July. In contrast, however, Apple chief executive officer Tim Cook has led investors to believe that there would be no major new product announcements until the fall. Apparently, the first new Mac Pro desktop/tower/trash can/lipstick container to be announced in years does not count.

Apple’s new iPhone Mini would be a huge help in emerging markets such as China, where a Morgan Stanley analyst has said it could triple Apple’s market share. China is now the world’s largest smartphone market, and Android owns more than half of it. Apple has so far failed to do a deal with China Mobile — the nation’s largest carrier, with a staggering 735 million mobile customers — which could push its stock back to the glory days of 2012.

But a cheaper phone would also be useful right here in North America as well as in Western Europe, where Apple has priced itself out of the reach of some consumers, limiting its market share.

Whatever you do, however, don’t call the cheaper iPhone “cheap.” That is not, apparently, in Apple’s religion.