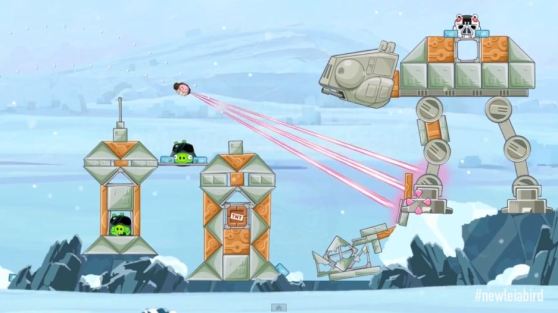 Vik Long is the director for Yoh Interactive.

Video game sales in the U.S. totaled $14.8 billion in 2012, according to NPD Group. Of that amount, physical game sales accounted for just $8.88 billion, a decline of 21 percent since 2011. Over the same period, digital game sales grew by 16 percent.

These numbers are just the latest sign that the discs and cartridges of yesteryear are fading fast under the glow of digital, mobile, and social gaming as well as casual gaming, serialized games, and expansion packs. When Angry Birds is in the running for the Game of the Year award from the Academy of Interactive Arts and Sciences, it’s clear that we live in a world where upstarts can upend the major studios on shoestring budgets.

As the types of games and distribution models continue to shift, expand, and fracture, the nature of development teams has also been evolving. Teams are growing smaller, more independent, and more agile. In response, game publishers are changing the way they source, build, and manage teams of developers. Here’s an overview of the new talent environment, from more empowered developers to more competition for talent to the growing importance of employee engagement.

The new face of game development

The gaming industry is seeing a surge in available talent as publishers disband. Last year, THQ closed its doors. Then came LucasArts, which pushed 150 employees out into the job market when Disney shut down earlier this year. Most recently, Electronic Arts laid off 10 percent of its workforce. Such announcements are typically followed by competing publishers’ frenzied attempts to snatch up the top available developers.

But a knee-jerk reaction to closures can result in some talent being overlooked. And since the agility of development teams is becoming increasingly important as more publishers look to become flexible to consumer demands, many developers, producers, and artists are going freelance to fill a need wherever they see fit. Even as developers lose their jobs, they have the upper hand.

Publishers today need only a small, talented team of programmers, designers, and artists to create successful shorter games for mobile devices and social media or to produce new episodes or levels that extend the life of console or PC games in the form of downloadable content.

Even large publishers recognize the need to move into mobile and social games and more intimate, agile, and cost-effective teams. Smaller teams working on smaller projects pose smaller risks. They also align more closely with the smaller budgets and quicker product cycles these games entail. That’s not to say that studios will halt production of mega-blockbusters. Only that this type of development will likely focus on proven successes like Halo and Call of Duty, which already have a track record of popularity and profit.

But as small teams can now have a big impact, some developers are following their personal creative interests, meaning that some of the most successful and experienced developers will have the option to become free agents, command higher compensation, or hand pick the projects they work on.

Other industries cut in on game-development talent

Game developers have typically remained tethered to the gaming industry due to their passion for the projects they work on. However, a number of other corporations are increasingly hungry for the same talent, potentially making it more difficult for studios to source and retain the talent they need.

Game publishers pride themselves on finding the talent that doesn’t want to work for corporate America. That’s one of the edges that maintains loyalty among their talent base. As more companies vie for similar skill sets, publishers can continue to distinguish themselves from corporate America by promoting their main draw for talent: they work at the intersection of technology and creativity.

The gaming industry lays off and hires workers in tune with game launches and successes, meaning there’s a great deal of uncertainty for both employer and employee. Yet studios’ staffing doesn’t always align with their development methodology. A key disconnect is the industry’s outmoded perception of what employment should look like.

One example is the industry’s views on permanent and temporary hires. The majority of the gaming industry prefers permanent hires, who studios feel are more likely to keep confidential work under wraps due to the stability of their job. In reality, however, any developer might leave a position in the middle of a project if a more enticing offer or a personal project tears them away.

Temporary workers, on the other hand, can be just as loyal as full-time employees and allow a publisher to quickly scale its team. Despite the need for agility in the thick of a changing industry, most publishers have not yet adjusted their talent acquisition processes to consider a temporary workforce, even as some publishers use contract workers to great effect. A studio in the Seattle area recently had more than 50 contractors working on a game, with a retention rate of nearly 98 percent well after the game launched.

Ultimately, employment status matters less than good employee engagement. Creative developers are more likely to be passionate about and loyal to a game if their contributions are valued and respected within their work environment. Whether permanent or temporary, employees are looking to work with a studio where they feel valued, and where they can keep up with the latest industry technology and trends.

With the video game landscape rapidly expanding into new territory, pressed forward by smaller, more nimble development teams, the one thing that hasn’t changed is the need for talented game coders, artists, and designers. These developers are behind every great game, whether large or small, core or casual, console, PC, or mobile. As publishers look for ways to capitalize on the growing audience for games, their first step should be to rethink their teams and how they hire developers.

Vik Long is the director for Yoh Interactive, where he oversees recruitment of video game developers as well as business strategy and leadership teams for video game production, publishing, marketing, and retail. He is a long-time veteran of the video game industry, and he previously served as Xbox Account Manager, overseeing the partnership development between Microsoft and video game publishers. Prior to his work with Microsoft, Vik served as a contributing technology editor for Computer Gaming World magazine.