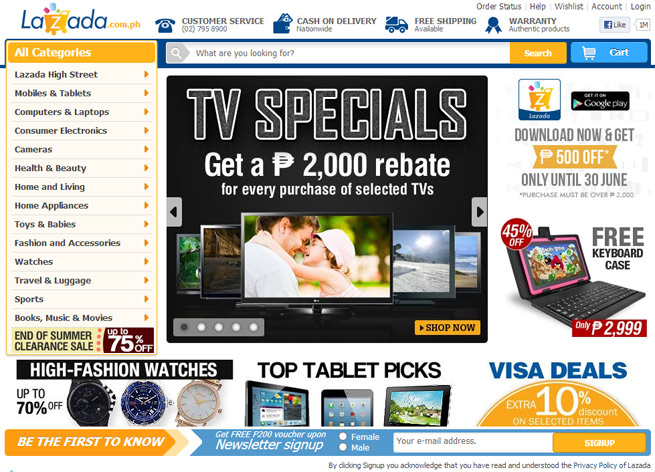 Today’s funding comes just a week after Rocket Internet’s Lamoda, a Russian-language version of Amazon, scored a massive $130 million in funding. This shows that Rocket Internet-founded startups are finding lots of funding even as “clones” of other more successful sites.

Lazada sells electronics, clothes, appliances, toys, and more to people in Indonesia, Malaysia, the Philippines, Thailand, and Vietnam. The region of Southeast Asia is notoriously difficult for e-commerce, with as much as 99 percent of shopping done offline, Lazada says. But with the new funding, it hopes to change those habits, and the service recently surpassed 1 million orders.

Even as a smaller e-commerce company than Amazon, one area Lazada has been successful in is fulfillment. It claims that 90 percent of all orders are shipped the same day and 85 percent of orders in metro areas are delivered within the next day.

“We are extremely happy to have finalized this investment round shortly after our first-year anniversary and to again focus 100 percent of our attention on what we enjoy most: providing an amazing shopping experience to our customers,” Lazada chief executive officer Maximilian Bittner said in a canned statement. “The interest in joining this round, and its quick closing has exceeded all our expectations”