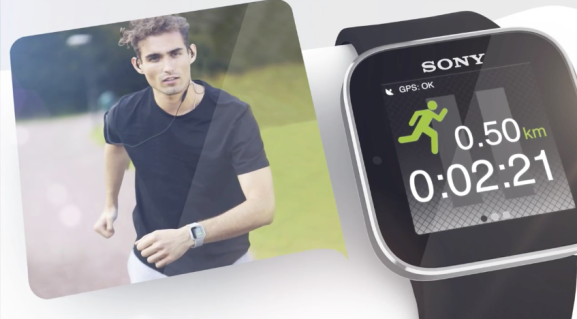 In all the talk about Apple’s rumored new iWatch, there hasn’t been a lot said about Sony’s already-in-the-market SmartWatch, which runs Android, connects to your smartphone, integrates with Facebook, plays music, display tweets, tells you the weather, and more.

Sony’s out to change all that:

The Japan-based wearable electronics pioneer — yes, remember Walkman — is reminding the world that smart wrist-based computing devices already exist, and teasing a new update to the product. Not to mention, of course, boasting that Sony SmartWatch already has 200 apps on Google Play.

#MAE13 is a nod to Mobile Asia Expo 2013, which is in Shanghai June 26-28 — and apparently where Sony will unveil the new SmartWatch. One in three smartphone users want a wrist-based accessory, the company says:

With Apple CEO Tim Cook high on wearable technology, and Apple rumored to be developing its own iPhone-compatible  accessory — as well as Samsung — the question is what Sony can deliver this weekend that will rival what those much more successful companies will release onto the market.