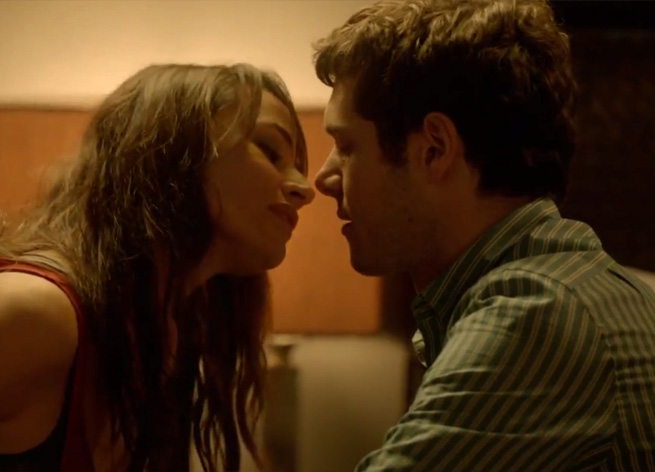 Video-sharing service Vimeo opened up its Vimeo on Demand paywall back in March so content creators could easily put a paywall around their content. Now the service is getting its first feature film, the indie dramedy Some Girl(s).

Some Girl(s) debuted at the South by Southwest film festival in March and had a budget of less than $500,000. It stars Adam Brody as a man looking to reconnect with old girlfriends and flings in his life (played by Kristen Bell, Emily Watson, Jennifer Morrison, Mia Maestro, and Zoe Kazan.)

The makers of the film got an offer to have it distributed in 10 markets in early 2014, with the option to expand to more locations if the film did well enough. But they didn’t like those terms and the long wait time, which is standard in the movie business.

“We felt like having to tell [cast members’ fans] that the movie might not come out for a year or more seemed so antiquated,” Some Girl(s) producer Patty West told the Wall Street Journal.

Now Some Girl(s) will be released on June 28 in a handful of theaters in New York City and Los Angeles and on Vimeo on Demand. The film will cost $5 to rent on Vimeo, or you can simply download it to own for $10.

Filmmakers have been testing simultaneous and video-on-demand launches for the past few years, but Vimeo on Demand differentiates itself from other options by making distribution extremely simple. The other big thing that separates Vimeo from other options is that it lets content creators keep 90 percent of the revenue generated by the film. (That’s way better than the 70 percent creators get to keep via iTunes and similar services.)

“This service is set apart from others because it is attached to Vimeo and all the technology it’s known for,” Vimeo CEO Kerry Trainor told us back in March.

Check out the trailer for Some Girl(s) below.