Once again, we change our minds due to the edicts of our most vocal constituents!

Twist! A mere nine days after Sony preemptively won the upcoming console war just by saying PlayStation 4 will support used games without restrictions, Microsoft responded with a “screw you!” of its own. Despite weeks spent pushing its future-proof vision of the future, Microsoft pulled an instant about-face on the Xbox One’s more controversial features. Always online DRM? Not anymore! Mandatory daily check-ins? Nope! Restricted used-games policy that nobody understood? Erased! Other features people thought sounded interesting? Yanking those, too, you ingrates!

So, while Microsoft busily reprograms its employees with the new goodthink, we’ll let famous people give us opinions. What say you of this latest development, panel of experts?

Launch the gallery below for mandatory wisdom! 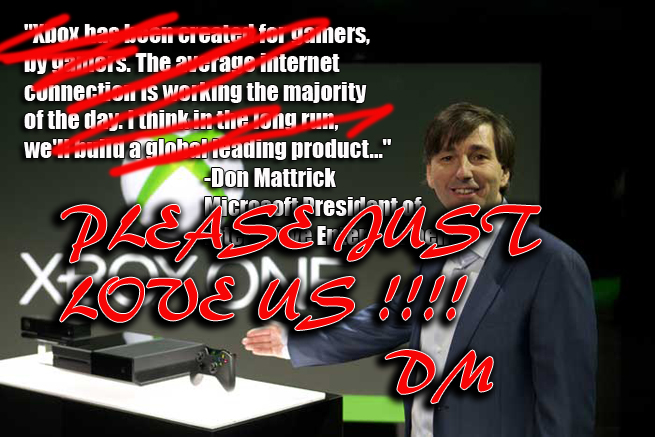