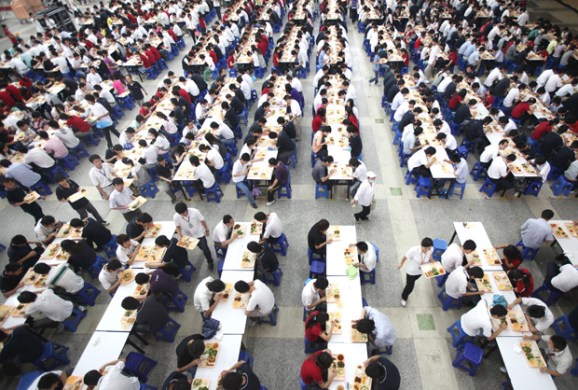 When Foxconn announced it will be making devices to run on Mozilla’s Firefox OS, it wasn’t kidding around.

The manufacturing giant said this weekend that it hopes to recruit 3,000 software engineers to help it develop for Mozilla’s mobile operating system in its software center in Kaohsiung, Taiwan.

To put that number in context, the Kaohsiung center currently houses 300 workers, making the addition of 3,000 new employees a pretty massive investment. (The company had initially expected to hire from 500 to 1,000 workers.)

As Foxconn said in a statement: “There will be no budget limit for fostering software talent.”

The move is an important one for Foxconn, which is moving away from simply making devices for big foreign companies like Apple. The company is pursuing what it calls an “‘eight screens, one network, and one cloud’ strategy,” which essentially means it wants to have a greater role in both the hardware and software design of the devices made in its factories.

To put it simply: The Foxconn of the future will be a very different beast from the one we’re used to.