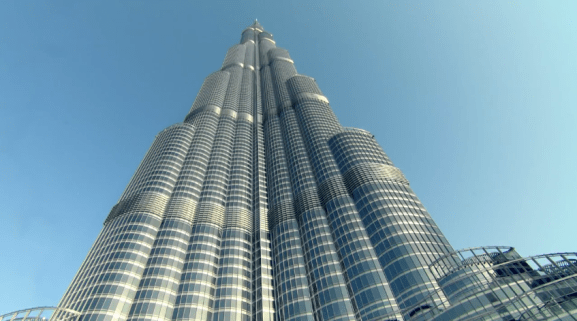 Google Street View added its first-ever skyscraper today, and the company started with a bang: the world’s-tallest Burj Khalifa in Dubai.

At 2,717 feet, 160 floors, and almost a kilometer in height, the Burj Khalifa is the tallest manmade structure in the world. Now you and I can tour it without ever visiting Dubai, courtesy of Google Street View. But with heights like these revealing the city of Dubai, the sea, the interior passages of the building, and the highest pool in the world, Google is going to have to find a new name for “Street View.”

Google used its back-pack camera system, the Trekker, as well as a rolling model, to capture the building inside and out over a three-day shoot. That includes views from the window-cleaning baskets that cling to the 80th story, and the world’s-tallest observation deck on the 124th floor, and yes, the highest swimming pool in the world on the 163rd floor. 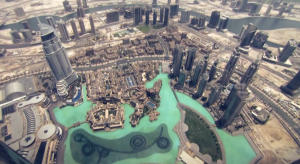 Google has been pushing the limits of its street view program to capture the wonders of the world, bringing us underwater views of the Great Barrier Reef and other world heritage underwater destinations, as well as Kilimanjaro and Everest and other locations that have no streets at all. Others have used street view to take web surfers on mini-trips to beautiful and amazing places on the planet.

Not everyone’s a fan, however. Various states fined Google up to $7 million for Wi-Fi snooping while taking pictures earlier this year.