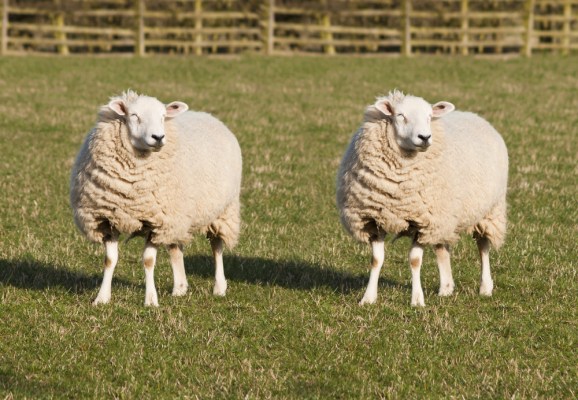 Jon Soberg is a managing director at Blumberg Capital.

In Germany, and in many other countries, Rocket Internet is a constant topic of startup conversation, while in the U.S., there is a dearth of knowledge about the incubator.

I just finished another trip to Germany, where I am actively investing (seven investments in the past 18 months).  Several investments have been made along with Rocket Internet and Global Founders Capital (the fund managed by Oliver Samwer, Marc Samwer, and Fabian Siegel).

In the standard U.S. press articles, Rocket Internet is portrayed as a “clone factory.”  It’s also known for high attrition rates; in fairness, it does have high attrition in some countries.  Some call Rocket Internet “Startup Boot Camp” and say it is the best training for entrepreneurs anywhere; many former Rocket people become founders of new companies.

Rocket is ruthlessly focused on aggressive growth and execution, where top performers get tons of responsibility; but it isn’t for everyone, just as many cultures are not.  I think of it as similar to the up-or-out approach that many of the top consulting firms have.  Rocket is disciplined about shuttering businesses (and even closing down in countries) when they are not successful, which doesn’t help it win popularity contests.

Many assume the entire Rocket model is to copy companies with the intention of selling the younger startup back to its U.S. “inspiration,” as it did with some of its Groupon clones. However, the model has evolved rapidly, and the company’s current startups are built to be standalone businesses.

Its emulation technique generates some disdain in a community where high value placed on innovation. As an investor, I love innovators and believe the innovators create game-changing and life-changing companies and opportunities. People like Elon Musk are heroes of mine.

But when I look at many of the very successful companies like Google or Facebook, many are copies that are simply a lot better than previous attempts. The teams execute better, understand their markets better, and solve a problem better than their predecessors. This generates success here and abroad.

Rocket wants to be the best at execution; hence, it innovates on the execution model.

Looking beyond the headlines and focusing on the “factory” aspect of “clone factory” yields some pretty stunning statistics. Rocket’s core team of about 1,000 employees builds companies and then spins them out. Rocket employees have the ability to join these companies and even to switch between companies as part of their career path. Rocket has built more than 55 companies, employing tens of thousands, active in over 40 countries. Rocket has raised more $1 billion dollars (not including the operational companies it has spun out). It moves extremely quickly, having launched 14 companies just in Brazil in the past 18 months.

Rocket has changed the company-building risk equation in dramatic fashion by creating a large-scale operational company with the ability to invest like a large VC.  It essentially takes away capital risk and drastically reduces execution risk, so the main risk left is business model risk. To reduce that, it emulates (in many cases directly copies) models that work elsewhere, especially in the US: Zalora = Zappos, FoodPanda = GrubHub, etc.

This is very different from most companies that investors look at today. Typically, capital risk and execution risk are at the top of the list. On the execution side, Rocket is the only company I’ve seen that can launch globally with a large staff and capital overnight. Also, it shares learning and best practices across companies and countries so the execution expertise is grows even faster. In emerging markets, many companies and services we take for granted in the U.S. don’t exist, so the opportunity to copy working models from first-world countries and execute them is immense.

Wouldn’t it be nice to launch the next e-commerce company with all of the logistics setup ready to go in multiple geographies, all the financial setup nearly complete, and existing expertise in acquiring customers and even sourcing product?

Rocket’s aggressive growth strategy takes market opportunities away from competitors in ways I have not seen elsewhere. One of my good friends, a serial entrepreneur in Europe with multiple successful exits, has a company that is growing 100 percent year over year from a good base and is funded by top U.S. VCs. He can’t get additional funding because Rocket entered his market.

Nearly every week there is press about a Rocket company raising funds, and some very substantial amounts. Zalora just raised $100 million for e-commerce in Southeast Asia. The company is one year old! All the local competitors combined don’t have the same level of resources. This is true in Africa, Latin America, Asia, and Europe. Rocket companies have raised billions, and several prominent investors have continued to back many of them — Kinnevik, JP Morgan, Summit, and Holtzbrinck top the list

In a Goldman Sachs research report dated May 28, 2013, on Kinnevik, one of Rocket’s largest investors, Rocket was singled out as one of key drivers of value and Goldman’s “conviction buy” rating for Kinnevik. The report states, “In our view, Rocket manages the startup phase very well; quickly rolling out a new business and, critically, establishing processes that enable growth (e.g. logistics, marketing, tightly measured KPIs, etc.) and, eventually, profitability (own brands, internally managed warehouses, credits, fulfillment, and other added services).”

I have not seen anyone else globally innovate the venture incubation model the way Rocket has. It is scaling at a whole new level and literally taking markets away from others.

Jon Soberg is a managing director at Blumberg Capital and has been a serial entrepreneur, an executive at large corporations, a consultant, a financial analyst, and a robotics geek.