Getting to the top of the app store charts is critical for maximizing monetization. But how do top game publishers like Kabam, Zynga, and Supercell get there … and stay there?

“It starts with having a great game,” RTB founder Fred Hsu told me. “You can hope the app gods will grace you and push your game up the charts, but the odds are low … it may happen, but it’s a one in 10,000 chance.”

Hsu’s company, RTB, runs a significant fraction of mobile ads bought via automated real-time bidding. Currently, the company is handling three billion impressions every day and reaching hundreds of millions of users every month. In other words, this man knows his ads. And mobile gaming companies are among his biggest customers.

Often, the campaign starts in Australia or New Zealand.

“We see a lot of soft bursts, where companies spend some cash to gobble up users in Australia and New Zealand,” Hsu says. “They want to be a big fish in a small pond … it gives them the best proxy to raise a bigger budget for a broader launch in North America or Western Europe.”

New Zealand and Australia are closely aligned with Western countries in taste and style, not to mention language, so they provide a good first audience. Often, the path looks like a global stepping stone: New Zealand to Australia, Australia to Canada, and Canada to the United States. It’s a step-by-step approach that ensures game mechanics, monetization mechanisms, and user acquisition and retention models make sense and are working well before publishers enter the big markets, where they need to spend real marketing dollars.

Those mechanics include cohort analysis to measure app drop-out, attrition, and the costs of replacing lost users. And the specifics of those mechanics will drive ad spend and velocity.

“Ultimately, what app developers need is high-quality users to come in their game,” Hsu told me. “They don’t need people who install their game just because they wanted 3,000 fuzzy points for some other cute game.”

In addition, they need scale. 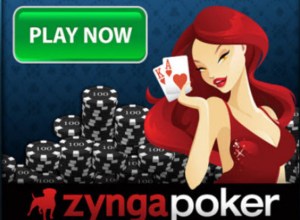 Adding 500 users in a Facebook promotion is fine, but doesn’t move the needle. Big games need big users — hundreds of thousands, if not millions — and to do that, you need marketing scale. That’s why mobile marketing works, Hsu says. Not only do you have huge numbers of targeted users, you’re also hitting them right where they need to be in order to install the game.

Seeing these campaigns over and over, Hsu says, makes RTB feel like IBM or Mackenzie — consultants who see the same problems many times in different games by different publishers. According to Hsu, there are six key mistakes that gaming companies who fail make:

Hsu knows a little about growing businesses. He founded domain registry and marketing firm Oversee in 2000 and then sold a minority stake in 2008 for $150 million, all without outside funding. (Unless you count his mother’s credit cards, Hsu says.) And the quickly growing RTB boosted the number of mobile impressions its selling 110 percent from January to April this year.

Which brings up another key point about successful games:

“Quick iteration is really important; you need to improve it after weeks, not months,” Hsu says. “On Android that could be as quick as days, while for iOS … we see updates every two to three weeks.”