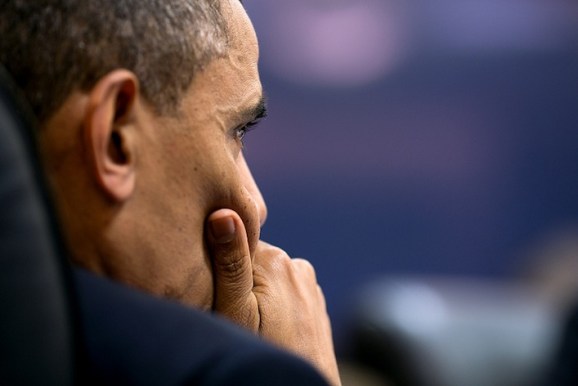 For two years, the Obama administration continued a Bush-era surveillance program that looked specifically at e-mail “metadata” as well as Internet connection data, including details like IP addresses.

New documents have been leaked to The Guardian — the same British publication that received documents about a secret Verizon court order that demanded call “metadata,” which included the receiving and terminating phone numbers of calls either wholly within the U.S. or connecting with a person abroad and when the calls occurred. Similarly, these documents revealed a program to collect Internet-use metadata, which included the e-mail addresses involved in an e-mail conversation taking place between “collection of bulk Internet metadata” involving “communications with at least one communicant outside the United States or for which no communicant was known to be a citizen of the United States.” It also included Internet connectivity details, such as IP addresses. The content, however, of the e-mail was not obtained.

This program, codenamed Stellar Wind, began in 2001 during the Bush administration. It was illegally executed as a warrantless wiretapping program until 2007, when the FISA court gave it legitimacy.

The Obama administration’s director of communications for national intelligence Shawn Turner told the Guardian that the program ended in 2011. “The Internet metadata collection program authorized by the FISA court was discontinued in 2011 for operational and resource reason and has not been restarted. … The program was discontinued by the executive branch as the result of an interagency review,” he said.

This metadata gives the government a picture of who you’re talking to, when you’re talking to them, and potentially — with the information provided by IP addresses — where you’re talking to them. Originally, the program restricted data analysis simply to those outside the United States, but it later expanded to include Americans if they were in communication with a person outside of the U.S. In 2008, the program was further expanded to include the collection of contact information included in the “cc” and “bcc” fields.

The Guardian did not reveal whether or not this information was provided by Snowden. However, it does believe that though this program ended in 2011, similar programs may still exist. Other NSA documents collected by the U.K. newspaper shows in 2012 the NSA created the One-End Foreign (1EF) solution.” 1EF permits the NSA to increase the amount of information it collects, with half of that information including data on those inside the U.S.