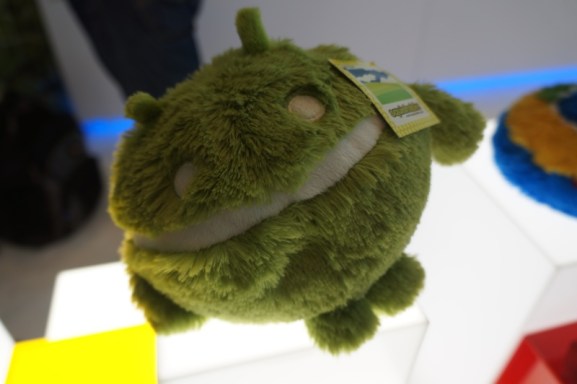 Plushie at the Google Store

Android-toting nerds, get ready to feel very, very special: Facebook, a company that seemingly lives to hack on Android, wants to put you on its beta-testing shortlist.

“Showing our hand early … has taken a lot of work,” said Shaver. “But it is a really interesting opportunity for people to take part in a piece of software that means a lot to them.”

One of the social networking company’s core values is “Done is better than perfect” — especially relevant in this case, where beta testers will be seeing more of the former than the latter.

“‘Done is better than perfect’ speaks to the velocity of software development at Facebook,” said Shaver. “One of the goals is to make [done and perfect] not as much of a trade-off. … Reducing the time and, honestly, the pain of us figuring out that gap is a big part of that.”

The company used to have a beta program of sorts, but a Google Play terms of service change nixed it in early days. Then, at this year’s Google I/O, the Android parent company allowed for official beta testing through Play.

Facebook is hoping to get a lot of feedback initially around bugs, core stability, and performance. All beta testers have to do is use the app as usual. You can also report bugs directly from within the app.

Later, Srinivasan said Facebook will also be asking for other kinds of feedback.

The first beta will be available today, and Facebook will not be limiting the number of beta testers.

Android is great fun for devs, Shaver said, because of just this kind of openness, as he’s gone into great detail about in previous interviews.

Being able to build something like Chat Heads or Cover Feed (both Facebook Home features) is also a huge upside, and Shaver said the OS’s reach is unparalleled. Diversity of devices and price points, Shaver said, is a small downside, but it allows Android to reach a greater swath of humanity — something Facebook values as it plots its path to 2 billion users.

Facebook’s mobile release cycle was put into high gear last year, when the company started issuing new app versions for both iOS and Android every month or two.