SAN FRANCISCO — Windows 8 is about to get a handful of new high-quality apps to help give the OS more firepower including Foursquare, Yelp, and Songza, Microsoft revealed today at its Build conference.

Microsoft said yesterday that the Windows Store has almost 100,000 apps inside it and that it is heavily courting developers for the Windows platforms. Sometimes this (reportedly) means handing out cash to developers, but it makes sense to get big names lined up when you have the money to do so.

Foursquare has made a lot of mobile moves recently. It just optimized its Android app for tablets and large smartphones just a few weeks ago. And in early May, it launched an app for Windows Phone 8. Foursquare doesn’t have an iPad app yet but we wouldn’t be surprised if it was in the works right now.

Having more mobile apps means more potential users, and Foursquare really needs them if it wants to transform into a bigger, smarter business.

Yelp and Songza will also see benefits from offering its apps on Windows 8. Yelp has already offered its service across a variety of platforms for years, while Songza is working quickly to boost its mobile visibility.

Check out a few more screens of Foursquare’s upcoming Windows 8 app below. 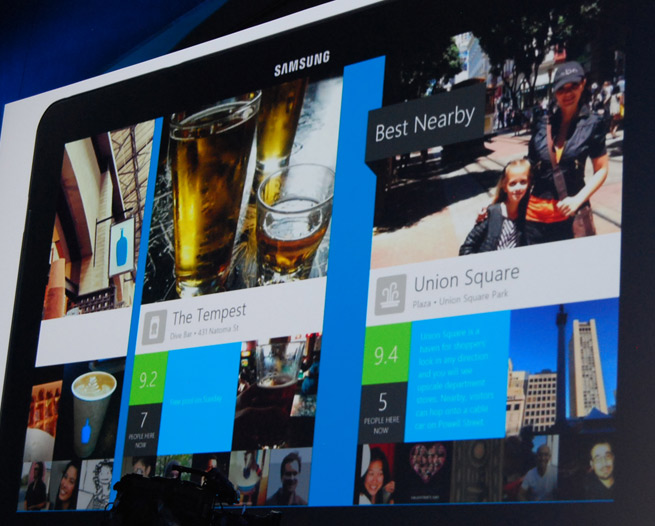