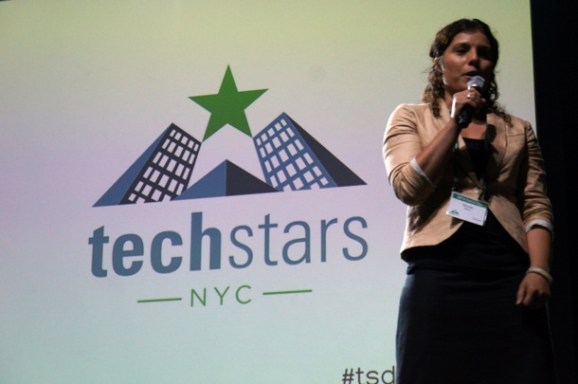 WEBSTER HALL, New York — The past few months have been rocky for TechStars NYC, but you couldn’t tell by looking at the startup accelerator’s diverse Spring 2013 cohort.

Today is demo day for the latest TechStars class, which is made up of 11 companies focusing on things like collecting customer data for stores, offering innovation planning help for enterprises, or simply helping friends to enjoy concerts together. It’s the most selective class yet for TechStars — the 11 startups were chosen from more than 1,700 applicants. 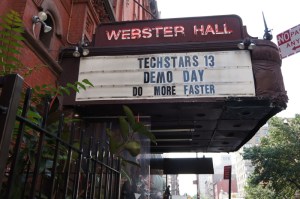 This was also TechStar’s most controversial class, due to some significant shifts within the NYC program. David Tisch, who was the face of TechStars NYC since it hit the city in 2011, left the accelerator last year without much of an explanation. He was replaced by TechStars’ Nicole Glaros and new manager Eugene Chung — but just a few weeks ago, Chung was unceremoniously laid off.

“We’ve had some ups and downs in this program, that’s always the case,” said TechStars co-founder David Cohen this morning. “But really there’s nobody better to have in your corner than Nicole Glaros.”

Here are the companies graduating today, in order of their appearance: 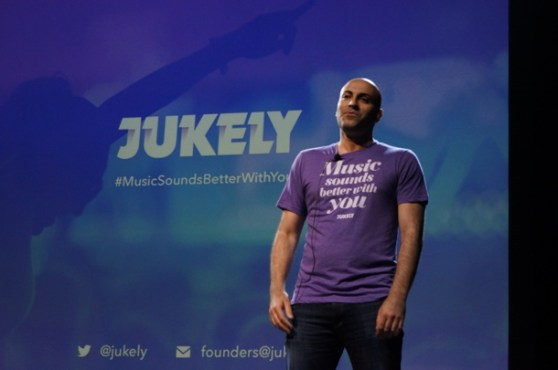 The Pitch: An app that brings friends together to find and easily buy tickets to live music events.

It’s tough to wrangle friends together for events, and it’s even more difficult to keep track of all the things going on in your city. Jukely aims to solve both of these problems, and at the same time, it will also help event promoters fill seats.

“Once you get a group going, everything falls into place,” said co-founder Bora Celik.

The Pitch: Helps marketers discover how much of their ad spending budget is being wasted.

With one line of code, AdYapper helps marketers track their ads to figure out where there ad spend is being ignored. In a beta test, the company helped marketers discover just how many sites their ads were appearing on, and it also informed them of when people ended up seeing the same ad. The company’s tech can measure 95% of all the ads on the web.

The company is currently making over $10,000 a month in recurring revenue from two clients, and by the end of the year it expects to be making $100,000 a month. AdYapper currently covers 700 million ads today. 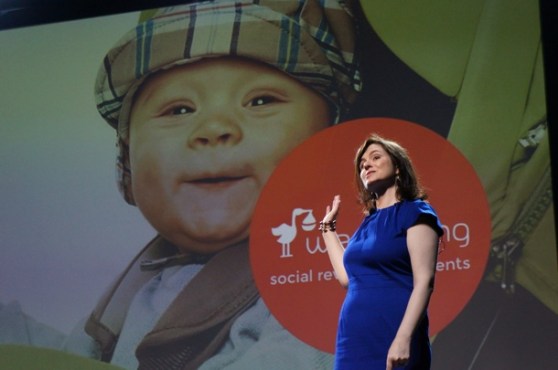 The Pitch: Offers product recommendations for parents from their peers.

WeeSpring wants to solve the problem every new parent faces: What the heck do we buy? The company has built a social review network, so you can get recommendations from your friends, rather than anonymous online reviewers.

The Pitch: Building the online home for 3D models.

What if websites could sport high-quality 3D models without much effort? Sketchfab’s platform aims to simplify the process of building and publishing 3D content. For example, one of its users built a replica of Sony’s PlayStation 4 design, which ended up receiving more than 500,000 views in a single day.

Ultimately, Sketchfab wants to make 3D models as common on the web as 2D images. The company’s software supports existing 3D solutions like Autocad and it’s also partnered with publications like Wired and the Wall Street Journal.

The Pitch: A community and giving platform for churches.

The technology industry hasn’t really targeted faith-based communities much, so FaithStreet is diving in. The company helps people find local churches, and it’s also a platform for dead-simple donating. It takes a 2 percent fee from every donation.

FaithStreet now has over 12,000 congregations signed up, which represents around 5 percent of the congregations in America. The company has also acquired the Washington Post’s faith-based social network, which should bring in over 600,000 users to its platform. 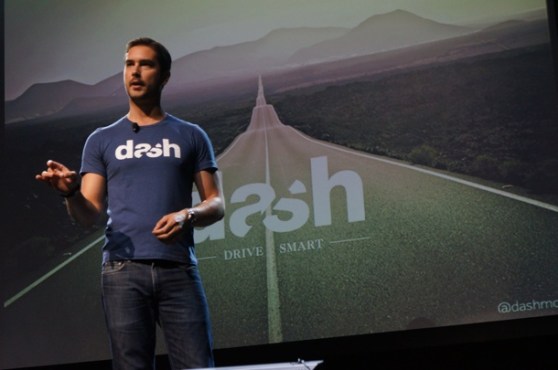 The Pitch: A “Fitbit for cars.”

Dash is building a connected car platform with a small gadget that plugs into your car. You can plug in the device in seconds, and afterwards it communicates with Dash’s mobile app to track your distance and other data. If you’re in a crash, Dash can contact 911 and your family immediately. It also scores driving, so you can finally tell who is the better driver in your family.

That’s similar to what Foursquare has been doing for locations. Foursquare CEO Dennis Crowley introduced Dash on-stage today, and he has also been advising the company since before they joined TechStars.

The Pitch: A user-generated pet content network for animal lovers.

Taking advantage of the web’s love of animals, Kloof has developed an iPhone app to let pet owners share photos of their furry children. Similar to Instagram, Kloof’s community rates the photos after submission and highlights the best shots. The company has jumped from 200,000 users to more than 1 million in just 17 days.

The Pitch: Brings the “lean startup” methodology to enterprises.

Taking advantage of the hot “Lean Startup” movement — which emphasizes validating ideas quickly before investing too much in them — Javelin has developed software and a training regimen to help enterprises innovate their projects and ideas. The company also has Lean Startup author and evangelist Eric Ries on-board as an advisor.

Within six days of launching, Javelin signed major clients like GE, Sony and American Express. The company is currently seeing revenues of $1 million, and it expects to reach $3 million this year as more clients sign on.

Placemeter’s technology can instantly turn video feeds into a structured data layer. For example, a public video feed in Times Square can unearth data about the amount of people entering specific stores, the cars driving by, and the billboards that are grabbing people’s attention.

It’s basically adding the sort of metrics we expect in the digital world to the real world. With Placemeter’s data, a service like Yelp could tell you just how busy a specific restaurant is.

It sounds like a privacy nightmare, but co-founder Alex Winter points out that it doesn’t capture faces (which is what initially got Google’s StreetView service in trouble). 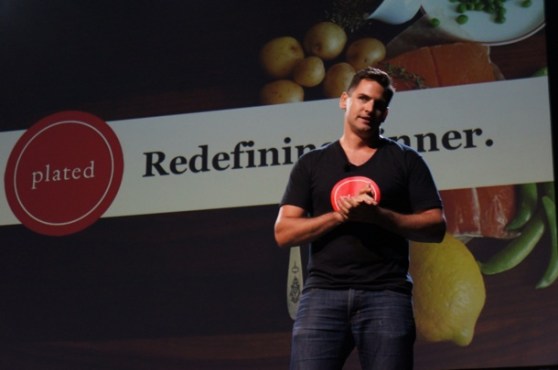 The Pitch: Delivers ingredients and recipes for gourmet-quality meals.

Funding: Raising a first round soon.

Tired of fast food, but don’t have the time to put together a homemade meal? Plated wants to offer something in the middle: High-quality meal ingredient deliveries so you can put together your own gourmet dinner in around 30-minutes.

The Pitch: Simplifies the process of sending Amazon-like triggered emails to e-commerce customers.

Funding: Raising $1 million, looking for strategic investors to close its round.

With one line of code, Triggermail can replicate one of Amazon’s smartest marketing techniques: E-mails that are based directly on products you’re interested in. That’s a process that typically takes complex software and huge amounts of data.

It’s a win-win for consumers and e-commerce companies: You’ll get marketing for things you’re actually interested in, and online stores will likely see higher conversions.