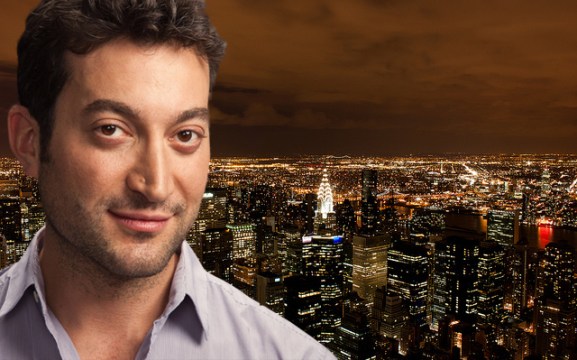 If you’re a startup founder looking to make it big, New York’s becoming a pretty good place to do it.

Jonathan Oringer, the founder and CEO of stock photography company Shutterstock, has become the first billionaire of Silicon Alley, as Bloomberg reports.

Oringer, who controls over half of Shutterstock, owns 18.5 million shares of Shutterstock stock, which have been on a tear since the company went public last October.

The 39-year-old’s success comes in the middle of what’s been a very good few months for the New York City tech scene. In May, Yahoo bought New York-bred Tumblr, and just last week 3D printing giant Stratasys acquired the Brooklyn-bred MakerBot. Silicon Valley had better watch its back.