This guest post is a follow-up to our three-part series on the Downtown Project, Leveraging Las Vegas. Read the full series here.

I’ve worked as an entrepreneur in New York/New Jersey, Chile, San Francisco, and the Valley, but my cofounder and I recently moved our HQ to downtown Vegas.

Understandably, Las Vegas isn’t among the first cities that come to mind when one thinks startups. But it may be soon. VentureBeat recently interviewed me for its Vegas series, and I wanted to follow up with some thoughts of my own about my experience as a member of the VegasTech community.

While I certainly had some doubts about living in Sin City, upon being exposed to Downtown and the Vegas tech community, I realized that Las Vegas has a lot to offer in addition to the Strip. This city has entrepreneurship flowing through its veins. It’s the foundation on which it was built.

Like all cities, of course, Vegas has its pros and cons:

Low Cost of Living: It’s a factor that many people overlook. The burn rate for a startup in Vegas is significantly lower than in other cities throughout the country. Nevada is also an unbelievably business-friendly state to live in. 0% income tax? Sign me up!

The Hospitality Industry: This tourist hotspot is a great place for my company, Zuldi, to call home. We are in close proximity to the Vegas strip and have access to thousands of restaurants, nightclubs, and bars in what some would call the Mecca of the hospitality industry. Last year Vegas saw a record number of tourists. Officials are hopeful that this upcoming year will break the 40 million mark. From the perspective of a tech business catering to this industry, it makes sense for us not only to be here but also to thrive here.

Community: I’m surrounded by passionate, driven, and happy people who are genuinely interested in seeing those around them succeed. Las Vegas attracts people from all walks of life, which is a healthy environment for an entrepreneur to be in — especially one with a turban and a beard. Living in downtown also means that my team and I get to actively participate in the various events that TechCocktail, the Downtown Project, Catalyst Week, and local community members organize.

Conferences & Visitors: Las Vegas is one of the most popular host cities in the world, for trade shows, conferences, and meetings. As a startup we get to take full advantage of the constant stream of international visitors. It’s not too difficult to convince someone to pay us a visit.

24/7: Team Zuldi functions at all odd hours of the day but particularly late at night. Being in a city that operates 24/7 makes it possible for the team to do just that.

Weather: While it may get a little too hot mid-summer, the warm weather is a major plus. Team Zuldi certainly doesn’t complain about the rooftop pool!

Recruiting: Now for something on the downside. There is a lack of a qualified talent pool from which a startup can recruit. Unlike Silicon Valley, Las Vegas is not home to multiple major universities; though, UNLV has been adamant about supporting entrepreneurship.

Fundraising: Vegas also lacks an angel/VC community. Current startups in Vegas are predominantly being invested in by the Downtown Project’s VegasTechFund. However, being only an hour’s flight away from SFO and LAX makes interactions with California-based investors convenient.

I am thankful to all of the Vegas Tech community members for being dedicated to making Vegas a great place for an entrepreneur. My cofounder, Gal Dolber, and I have no plans to relocate our HQ, and we’re looking forward to building Zuldi in Downtown Las Vegas. 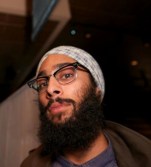 Hartej Singh Sawhney is the Co-founder and CEO of Zuldi, a POS-integrated mobile ordering and payment processing system. He’s passionate about building awesome things with amazing people. You can find him on Twitter @HartejSingh