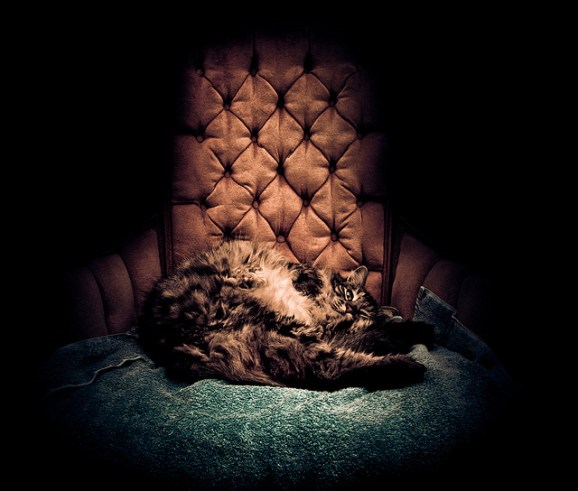 The fat cat will see you now.

According to the report, overall CEO pay rose 16 percent from 2011 to 2012, while the stock returns generated by those CEOs’ companies rose just 19 percent. (Click here for the full table of the top 200 CEOs’ pay.)

Some caveats: The report is skewed, because it looks only at publicly-traded companies with revenues of $1 billion or more, and it’s focused only on the 200 CEOs with the highest compensation (including cash, perks, stock options, and stock grants). In other words, it doesn’t present a complete picture of the whole stock market, or even of the Fortune 500: It shows only the fattest fish in the pond.

Still, the averages mask some really bizarre particulars. For example, the CEO with the richest compensation was Oracle CEO Larry Ellison, who raked in $96.2 million in 2012 (including $90.6 million in options), an increase of 24 percent over the previous year. Meanwhile, his company’s income grew just 17 percent, while its stock price shed 22 percent.

Shareholders can’t be happy about that disconnect.

Notably, Apple CEO Tim Cook, who took in a massive $378 million in 2011 (mostly in stock that he won’t be able to sell for years), didn’t even make the list this year.

Zynga shareholders will also be happy to hear that CEO Mark Pincus, who voluntarily cut his salary to $1 this year, also didn’t make the list. That’s some small comfort for the company’s appalling stock market slide, from a high of nearly $15 in March, 2012 to just $2.78 last week.

CEOs and their advocates argue that the market sets the price for these guys (and they are mostly guys), because their talents and experience are so in-demand. But a closer look at the numbers shows that there is often zero correlation between CEO pay and performance, and that makes shareholders feel like the game may be rigged. Or, as Times writer Gretchen Morgenson put it, “It’s still good to be the king.”

Too often, the boards that determine CEO pay focus on short-term results and ignore longer-term problems, Morgenson writes. They also typically set compensation packages at the beginning of the year, before anyone knows how the company’s revenue or stock price is going to do that year.

But her analysis suggests an interesting alternative: Tie CEO pay to a company’s return on innovation.

It’s a small data set, but the Times’ look at three tech companies is illustrative:

Above: R&D spending versus return on capital

Given how little Xerox has made of its legendary R&D investments at Xerox Parc over the years, that might suggest a more fundamental problem with the company’s R&D strategy — but let’s set that aside for the moment.

In short, it would make much more sense for Xerox to pay its executives according to how much return on investment they’re generating. And just maybe that would encourage them to invest more in R&D — and to learn how to make better use of all the geniuses they have at Parc.

See below for the stock market performance of these companies over the past five years: Google is up 66.7 percent, Qualcomm 33.8 percent, and Xerox is down almost 33 percent.

It seems the stock market agrees: Long-term investment is a good idea. Maybe, just maybe, CEO pay should be tied to that.