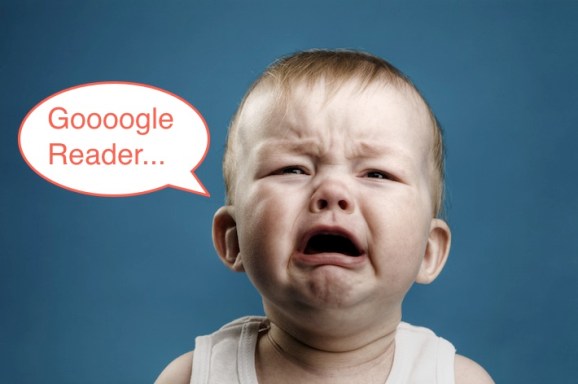 You can’t say you haven’t been warned: Google announced in March that it would be shutting down Google Reader, its popular RSS newsfeed reader, on July 1.

That’s tomorrrow, and you won’t be able to access the site after that.

If you’re a Google Reader user, here’s what you need to do.

First, make a backup of your RSS subscriptions. Go to Reader Settings (the gear icon in the upper right of the Reader screen), then click on the Import/Export tab.  Click on the option to export your subscriptions via Google Takeout. You’ll need to re-authenticate with Google. Then choose the services you want to export, select Reader, and click the “Create Archive” button to download a .zip file containing everything.

The most important file in that archive is a file called subscriptions.xml, which is an OPML file you can import into other news readers to recreate your subscriptions list.

Second, find a good RSS newsreader alternative. Feedly has proven to be one of the most popular of the pre-post-Google Reader era, and it’s likely to stick around for awhile, especially since Reader’s demise helped Feedly triple its user base in just three months. It offers a “one-click Google Reader import” button that will import your Google Reader subscriptions without even requiring the archive file you created above.

Other free, web-based newsreaders you might consider are NetVibes and NewsBlur. I’ve also found Skimr useful, although it’s pretty bare-bones, and works better if you’ve got just a handful of subscriptions than it does for massive collections of RSS feeds like the 600+ I have in my files.

Check out some other Google Reader alternatives in our March post.

Third, consider setting up email notifications for your most important RSS feeds. One of the things Google Reader was good at was keeping track of what you’ve read and what you haven’t. That’s not so important for most of the sources in a “river of news,” since you just need to dip in every once in a while to see what’s happening.

But what about RSS feeds where you want to make sure you see every single post, like a competitor’s blog? For these, an automated service like IFTTT.com can be indispensable, because it can direct those items into your inbox. You could also use Yahoo’s nearly-forgotten Yahoo Alerts to deliver RSS feeds via email (just click on the Feed/Blog link). Or, check out Feed2Mail, which also mails RSS feeds to you simply and easily.

As an added bonus, emailing an RSS feed into your inbox will make its stories available to you offline, via your mail client’s offline capabilities. That’s something many feed readers don’t offer.