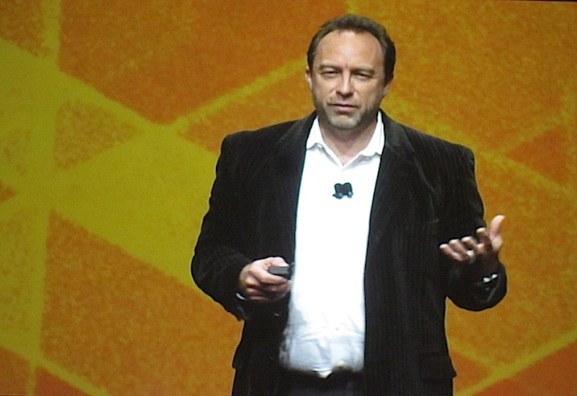 Even Jimmy Wales can’t get his own Wikipedia page corrected.

Wales, who founded the online encyclopedia in 2001, might be the site’s “benevolent dictator for life.” But that doesn’t mean he has carte blanche to make updates to the site’s entries — far from it.

A New York Times profile of Wales contains this juicy anecdote: Wales once tried to get his Wikipedia entry corrected to show his correct birthdate (August 7, not August 8, 1966). But he was rebuffed, since according to Wikipedia’s guidelines, primary sources aren’t acceptable sources of evidence.

“This is unverifiable information, I’m sorry to say,” the Times says he wrote on his entry’s “talk” page. “Maybe I’ll have to upload a signed note from my mom as documentary evidence.” (The entry has since been corrected.)

Similarly, Wales — who has increasingly been hobnobbing with the rich and famous — tried to update the entry for Will.i.am, after the music star made a personal request to Wales himself: “Everyone thinks he’s William James Adams Jr., but it’s not James and it’s not junior,” Wales told the Times reporter, as he updated the Will.i.am page on Wikipedia.

Wales was rebuffed by his own corps of editors, who cited him for violating Wikipedia’s guidelines by not referencing a published source for the change.

The Times profile carries a lot more detail on Wales’ life. Wikipedia has not generated wealth for him, despite the site’s massive popularity (it’s the fifth largest site in the world, the Times says; the #7 most-trafficked site, according to Alexa; and appears in most top 10 lists based on traffic). And while Wales has recently been collecting juicy speaking fees and hanging out with gorgeous Hollywood actresses and powerful global leaders, that has engendered some resentment. The Times writer, for instance, harps on his “too-tight black turtleneck” and affected Britishisms.

Sorry, Jimbo. It seems you can’t launch a website devoted to the democratization of all knowledge and then try to profit from it in any way — not without incurring at least some carping from the democratic mob.