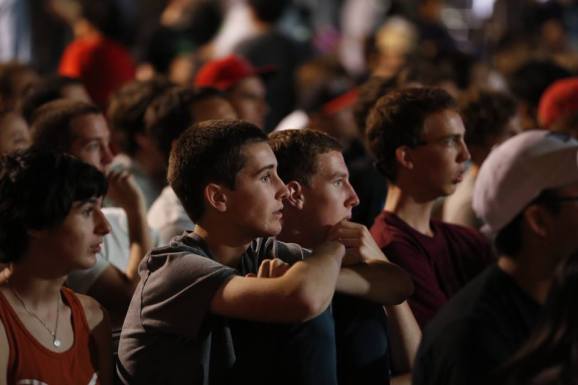 The crowd for a League of Legends e-sports event.

Major League Gaming is just coming off its Spring Championship even in Anaheim, California. The competitive-gaming organization gave out $105,000 in prizes to the top competitors in Call of Duty: Black Ops II, StarCraft II: Heart of the Swarm, and League of Legends.

Those big events attracted over 21,000 competitors and fans to the Anaheim Convention Center. That is a new attendance record for MLG.

The company also revealed that it will hold its next Pro Circuit Championship event in Columbus, Ohio from Nov. 22 to Nov. 24 at the Columbus Convention Center.

MLG and e-sports are on the rise. In addition to the in-person attendees, online viewership continues to pull in big numbers on livestreaming website Twitch. Many developers and publishers are also aggressively pursuing this audience in lieu of traditional marketing.

In 2011, to promote the release of Call of Duty: Modern Warfare 3, Activision held a convention for the franchise in Los Angeles called Call of Duty XP. The following year, the publisher decided to drop the XP event and instead held a $1 million competitive tournament.