TMN announced today that it had acquired Bestofmedia Group (BOM), the parent company of Tom’s Hardware, Tom’s IT Pro, and Tom’s Guide. Tom’s Hardware is an uber-gadget-geek’s gadget geek site, with extremely detailed reviews of computer hardware. It may be difficult going for non-geeks, but for those who need to know which motherboard has the best performance or what the exact differences are between Intel’s Core i7-4960X and Intel’s LGA-1155 Ivy Bridge chips, Tom’s has built up trust over more than a decade of reviews and analysis. More recently, it boasted that its unique visitor count has grown 85 percent in 10 months, with more than 3 million “active users,” although it didn’t define the exact size of its monthly audience or what it meant by active users.

The combination makes TechMedia Network the third-largest publisher of technology news online, after CNET and Ziff Davis, the company said. It claims it will reach 72 million people every month after the acquisition.

The company didn’t specify the terms of the acquisition, but a spokesperson stated that it was a majority stock transaction, meaning it’s more like a merger than an outright acquisition. 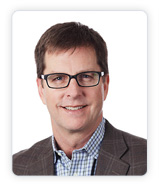 “The Bestofmedia Group investors are wholly invested in the value that we think we can create with the combined businesses in the next couple of years. This was not an asset sale,” said TMN chief executive Greg Mason.

What’s more, we’re hearing that TMN is quite profitable, thanks to its ability to incorporate e-commerce into its site in addition to the advertising revenues that are most media companies’ bread and butter.

TMN took a $33 million Series B investment in 2011, from ABS Capital Partners, Village Ventures, and Highway 12 Ventures. It is based in New York.