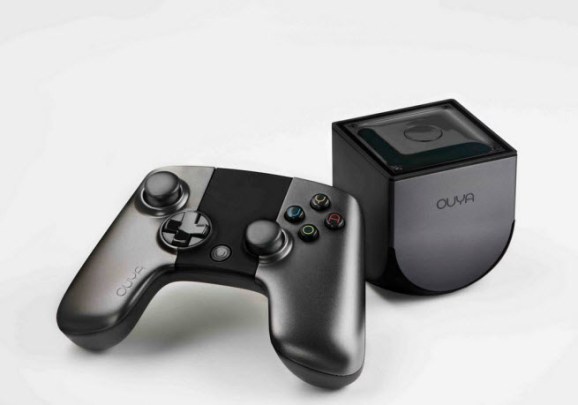 Ouya went on sale on

Renegade console maker Ouya announced today that developers have made more than 200 Android games and apps available on its new machine. And of those, Ouya said that TowerFall, a multiplayer archery combat game, has become the No. 1 title on the console a week after its launch. 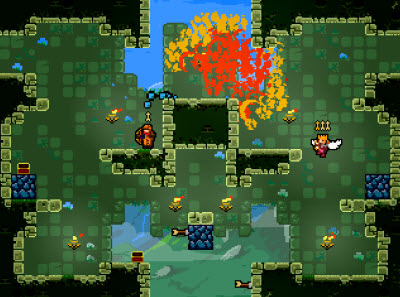 Above: Towerfall is Ouya’s top game.

TowerFall is an indie title developed by Matt Thorson of Matt Makes Games. Nobody would have predicted that, and that’s the point of Ouya. Julie Uhrman, the chief executive of the San Francisco startup, started the console company as an alternative to the homogeneity of content at the major video game console makers. Titles like TowerFall would have had a very difficult time rising to the top of the traditional console bestseller list.

In TowerFall, you engage in the noble and brutal tradition of bow-and-arrow combat on a 2D map. The title supports up to four players and is an intense, party-oriented game that is hard to master.

It would be interesting to know how many units of these types of games are selling and how much money they’re generating. I’ve sampled some of them. They’re fun, but they aren’t what I would consider to be must-play games.

Other popular titles include BombSquad by Eric Froemling, another four-player party game; Mrs. Dad vs KORV by Grapefrukt Games and Redgrim, a multiplayer game set in the apocalyptic future of fast food; Polarity by Blue Button Games, a 3D first-person puzzle game where you play a hacker; Final Fantasy III by Square Enix, a remake of the classic role-playing game from master designer Hironobu Sakaguchi; and DubWars by Mura Interactive, a Dubstep rhythm shooter game.

Another top title is No Brakes Valet by Captain Games. In this game, you try to park cars that shoot into a lot. You can steer, but you have no brakes. The cars clank and smash into each other, and with some luck, you can park. My daughter cackled with delight for a solid 10 minutes as she played this game over and over. But it was hard to park with any consistency, and the game tells you that you did “terrible” after almost every session. My daughter said that it was a “stupid game,” but I reminded her that it kept her laughing.

I also played Shadowgun from Madfinger Games, another title that has appeared on a number of platforms. This first-person shooter has a realistic 3D art style, but the enemies were pretty dull-witted. It’s the kind of shooter that you could play for fun, but it feels like it might have been state of the art in animation technology about 10 years ago.

More popular titles are Hidden in Plain Sight by Adam Spragg Games, a title where every runner has a gun with one bullet; Rush Bros. by XYLA Entertainment, a music platform racing game; and You Don’t Know Jack by Jackbox Games, a remake of the original quiz show party game.

I played Canabalt by Adam Saltsman. In this side-scroller, you have to jump from rooftop to rooftop in a high-definition version of the popular endless runner game. And I also enjoyed playing Ice Rage by Mountain Sheep, an 8-bit hockey experience that allows you to slap hockey pucks or your rival players around with a stick on the ice.