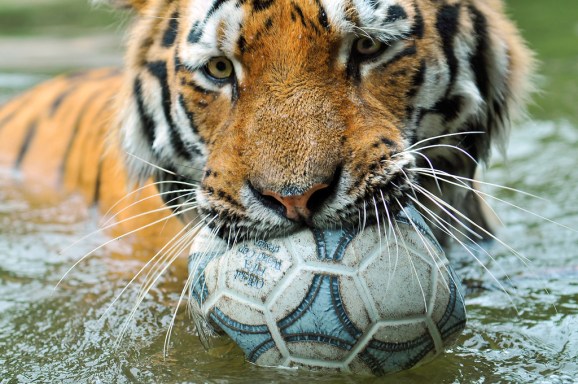 The secretive Google division Niantic Labs usually works on apps that meld our real and virtual worlds, including the massive global game Ingress. Now it’s using another of its signature apps to get you out of your smartphone and into some of the nation’s most visited attractions.

This summer, users of Google’s Field Trip app can receive free admission to the Central Park Zoo, the Exploratorium in San Francisco, the Museum of Contemporary Art in L.A., President Lincoln’s Cottage in Washington, D.C., and 19 other attractions around the country. Field Trip, which was built by Niantic Labs, offers a docent-like touring experience, highlighting some of the most interesting, famous, and odd facts about places you’re visiting.

It’s available for both Android (of course) and iPhone.

“If you have Field Trip installed on your smartphone you can get free admission for one person to any of the following attractions (see below) from July 2-July 30 by showing the info card related to that attraction at the ticket counter,” a Google representative told me via email.

If you’re interested in taking advantage of Google’s offer, however, you might want to hurry up and use it as soon as possible. Google isn’t sharing specific numbers, but there is a cut-off per museum or attraction.

“People shouldn’t wait to take advantage of the deal, since it may be gone as we get later into the month,” the representative told me.

Google has a Field Trip competitor, Wanderous, which operates a little differently, acting as a treasure map for a route you’ve already determined. It’s unlikely, however, that the small startup has the resources to match Google’s national attraction offer, however.