Motorola has unveiled its first ad for its upcoming Moto X smartphone — but, unsurprisingly, it raises more questions than it answers.

The ad, first revealed today by AdAge, features two people frolicking by a lake. Aiming for an air of mystery, it doesn’t show the phone at all. Instead, its focus is on the text, where it claims the phone will be the “first smartphone you can design yourself.”

Why would you want that? According to the ad, “Because today you should have the freedom to design things in your life that are as unique as you are.” (If you say so, Motorola.)

The full-page Moto X ad will appear Wednesday in the New York Times, Washington Post, Wall Street Journal, and USA Today. That timing explains the ads overly patriotic messaging, which starts off by pointing out that the phone is first to be “designed, engineered, and assembled” in the U.S. I’m not sure how much that messaging will help Motorola sell phones, but it’s a nice way for the company to ring in Independence Day.

Motorola didn’t offer up any details on what the ad is referring to, but it sounds like there will be some method to heavily customize the phone once it’s released. That could mean custom cases, or it could be something similar to what Microsoft did with Zune Originals, the laser-etched art it offered for the Zune HD.

Motorola ended up confirming the Moto X’s existence at a conference in May, where it announced that it would be made in the U.S. The phone is particularly intriguing since it’s poised to be the first major launch from Motorola following its acquisition by Google.

[Editor’s note: We’re debating how to build a winning mobile experience at our MobileBeat event next week in SF. Buy tickets now!]

It’s also somewhat threatening to other Android phone makers, since Google likely had plenty of say in the phone’s development. With the Moto X, Google could replicate the tight control over design and manufacturing that Apple has with the iPhone. While that will be a good thing for Google, it could end up destabilizing the already fractured Android hardware market even further. 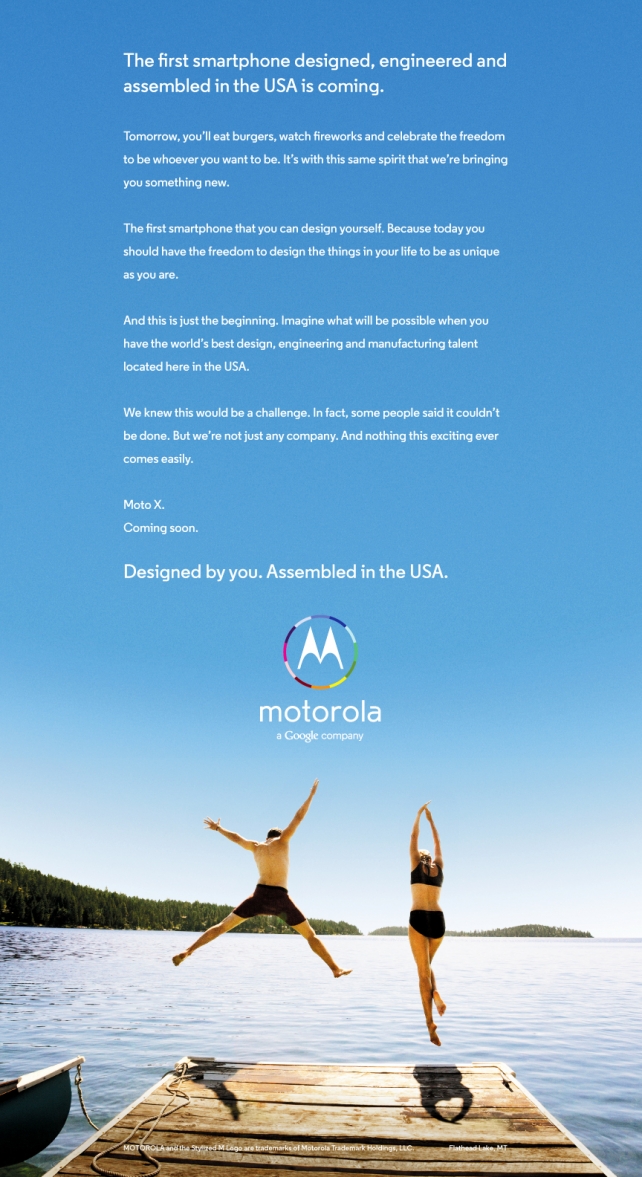