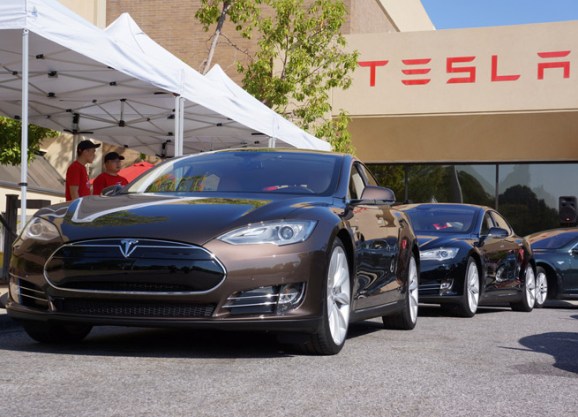 A White House petition to make it legal for Tesla Motors to sell its revolutionary cars directly to consumers surpassed its goal of 100,000 signatures today — meaning it’ll get an official response from the Obama administration.

Many people may not know it, but Tesla is barred from selling its vehicles in many states, which require businesses to obtain a “dealership license” before being able to sell cars en mass to people. To clarify, a dealership is where you have over a hundred cars sitting on a lot that a handful of people will then try to get you to purchase. But Tesla doesn’t work like that, opting instead to sell cars made to order the same way you’d buy a Macbook Pro from Apple.

Local auto dealership groups have lobbied against Tesla in their states, making it difficult for Tesla to operate. For instance, with the current restrictions, you can’t actually buy a Model S from the Tesla store in Austin, Tex. Instead, you have to go online and purchase it. And the car itself has to be shipped in (or driven) from California.

Many have pointed out that this kind of unnecessary red tape is what’s holding electric cars from going mainstream — replacing traditional automobiles that run on gasoline. And in the petition submitted to the White House’s “We The People” site, that’s exactly what people are asking the Obama administration to address.

Here’s the short petition below:

“States should not be allowed to prevent Tesla Motors from selling cars directly to customers. The state legislators are trying to unfairly protect automobile dealers in their states from competition. Tesla is providing competition, which is good for consumers.”

It’ll be interesting to see how the White House responds to this particular issue, which is largely left up to state legislators to determine. Those same legislators are continually tough on Tesla because of the support local car dealership groups provide to them. The auto industry is, after all, responsible for providing lots of jobs to their constituents. And auto dealers are also responsible for spending tons of advertising dollars that keep local newspapers and broadcast news stations in business.

One particular response the White House could give would be to suggest a new federal law to make the sale of electric cars legal without a dealership license. Tesla itself has definitely proven itself as a business. The company is now profitable and enjoying success in the stock market. It also managed to pay back its loans to the government earlier than expected. And on the technology side, Tesla just unveiled a new battery-swapping technology that effectively doubles the distance you can drive before having to stop to recharge.